How to best run your business, including talent retention,supply chain partnerships and workforce regulations. 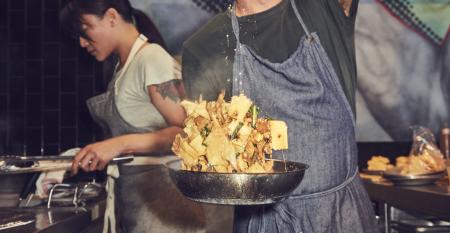 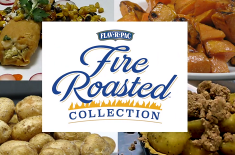 Punch Bowl Social names Robert Cornog and Richard Flaherty co-CEOs as the chain emerges from bankruptcy
Jun 24, 2021
Cornog also is the chairman of the chain, which was purchased in April by its former senior secured lender, CrowdOut Capital

Subway stands by its tuna following reports of lab tests
Jun 23, 2021
The New York Times raises questions about one of the chain’s most popular sandwiches, but the franchisor says the tests are unreliable

Papa Murphy’s unveils new logo, store design as part of rebranding initiative
Jun 23, 2021
This is the first store redesign for the brand since 2014, and first logo change in over a decade

McDonald’s to expand MyMcDonald’s Rewards nationally on July 8
Jun 23, 2021
Burger brand’s loyalty program has been in regional tests for months

Tropical Smoothie is chasing the industry titans — and it’s quickly catching up
Jun 22, 2021
Atlanta-based smoothie chain took an aggressive approach to growth in the pandemic, and it’s paying off.