Papa John’s International is a Louisville, Ky.-based quick-service pizza delivery and takeout chain and the fourth largest limited-service pizza chain in America, with sales numbers closing in on Little Caesar’s by the end of 2020.

Papa John’s was founded in 1984 by pizza entrepreneur John Schnatter, who became known for selling his pizzas with dipping sauces. In 1993, the “better ingredients, better pizza” company went public and has since grown to 5,200 restaurants worldwide, though Papa John’s is smaller than major pizza competitors Domino’s and Pizza Hut.

In 2017, John Schnatter stepped down as CEO (and in 2018 stepped down as board chairman) after being embroiled in a racism scandal. over the next nearly two years he fought his former company in multiple court battles. Following these public relations scandals, Papa John’s entered a period of plummeting sales and negative public sentiment.

In 2019, Papa John’s began to recover from the controversies surrounding the company’s ousted founder, thanks to investments from Starboard Value and a partnership with Shaquille O’Neal, who became a board member and new face of the brand.

Most recently, Papa John’s performance excelled during the pandemic, with a 19% jump in year-over-year sales as off-premise sales accelerated and menu innovation (like the introduction of the Papadias and stuffed crust pizza) led to significant growth and increased average check size, according to CEO Rob Lynch. 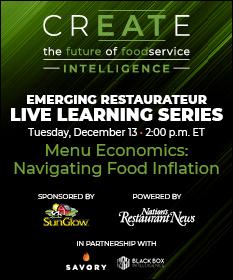 John Schnatter to exit Papa John’s board
Mar 05, 2019
Schnatter will drop legal claims after reaching a settlement with the company