The resignation of Papa John’s founder John Schnatter as chairman of the chain’s board of directors wasn’t enough to stem the fallout from his inflammatory comments as sports teams across the country sought to distance themselves from the brand. 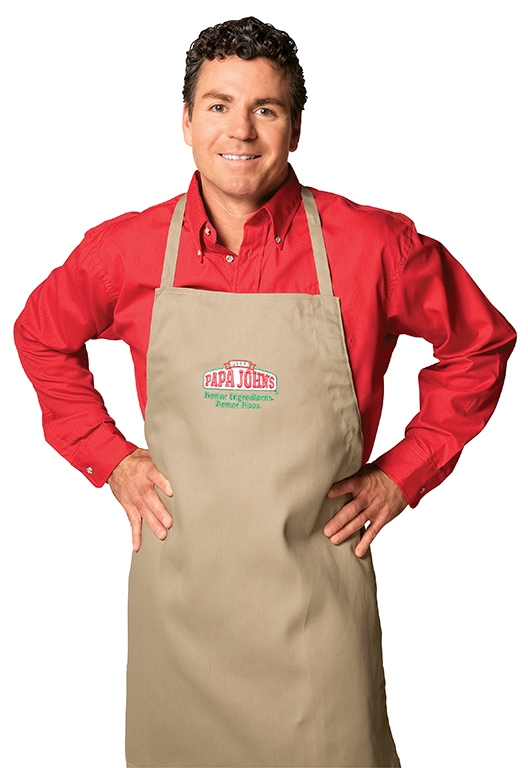 Local media reported that individual teams and players have also denounced Schnatter, who stepped down from the board Wednesday evening after it was revealed that he used a racial slur during a meeting in May.

Hours before resigning as chairman of the company he founded, Schnatter also stepped down from the board of trustees of the University of Louisville, whose football stadium is named Papa John’s Cardinal Stadium.

However, according to a tweet by ESPN sports business analyst Darren Rovell, the U of L said it would remove Papa John’s name of the stadium and remove Schnatter’s name from the business school.

The Louisville Courier Journal reported that the mayor of Jeffersonville, Ind., Schnatter’s hometown, would be returning the $400,000 that Schnatter donated to the city’s basketball gym, which bore his name until it was removed on Thursday.

The Miami Marlins said the baseball team was severing all ties with Papa John’s.

“The Miami Marlins are committed to an inclusive environment for all our fans. Mr. Schnatter’s derogatory and insensitive comments are not at all reflective of the values of our organization. As such, the Marlins are immediately suspending our relationship and promotions with the Papa John’s brand.”

That suspension includes the closing of Papa John’s concessions at Marlin’s Park, according to the Miami Herald.

The Kansas City Royals said they also are suspending their deal, which gave fans a 50 percent discount if the baseball team scored five runs or more in a gam.

“The promotion has been suspended indefinitely and we are reviewing the matter with Major League Baseball as Papa John’s is also an MLB partner,” a Royals spokesman told The Kansas City Star.

The Tampa Bay Rays suspended a similar promotion for when the team scored six runs, according to The Tampa Bay Times.

The Seattle Mariners tweeted that the baseball team had suspended its relationship with Papa John’s.

We have suspended our relationship with Papa John’s.

And the Baltimore Sun and Washington Post reported that their local teams, the Orioles and the Nationals, had also suspended ties with Papa John’s.

The Houston Chronicle reported that the Houston Astros baseball team condemned Schnatter’s comments but indicated it would retain its relationship with local franchisee Houston Pizza Venture.

In a statement quoted by the Chronicle, the team said, “The Astros are incredibly disappointed with the statements made by Papa John’s founder John Schnatter. We do not condone discrimination in any context and his comments do not reflect the mission, vision and values of our organization. The Astros are proud of our 10-year partnership with Houston Pizza Venture, a local Houston business and owner of the local franchises. We feel confident that the local franchisees and their employees share the Astros commitment to diversity and inclusiveness."

The Chronicle also quoted Houston Pizza Venture owner and president Keith Sullins as saying Schnatter’s “statements are indefensible and in no way represent the views of anyone in our company.”

Houston Pizza Venture offers a “Win-Day” deal, which gives customers a 50 percent discount on Wednesday if the Astros won the day before, the Chronicle said.

Papa John’s did not respond to a request for comment.

Schnatter resigned as board chairman months after he stepped down as CEO following scandal that brewed after a Nov. 1 earnings call when he blamed the chain’s slowing sales on the National Football League’s failure to stop players’ protests during the singing of the national anthem.,