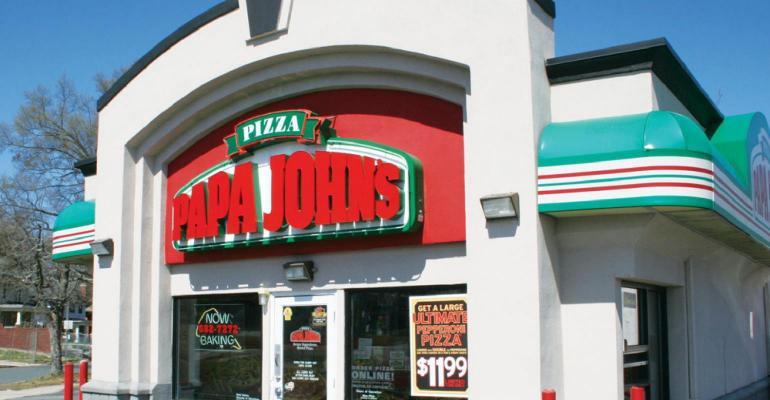 Same-store sales up 6.9% as explosive pandemic-era growth goes back to normal

The single-digit comps development represents a return to normalcy after explosive growth for the brand in 2020 following a challenging period for the brand after legal entanglement with former leader John Schnatter. During the pandemic, Papa John’s saw multiple quarters of double-digit same-stores growth, including a 23.8% increase the same quarter last year.

Papa John’s has been going all-in on menu innovation with new platforms like the Epic Stuffed Crust pizza and a bacon platform released at the beginning of the fourth quarter, featuring triple bacon pizza, bacon Papadia, and bacon jalapeno poppers.

“Innovation across our menu continues to engage long-term loyal customers and millions of new customers over the past few years,” CEO Rob Lynch said during Thursday’s earnings call. “Epic stuffed crust leads to strategic growth and order add-ons, and drives ticket and traffic. The Papadias and stuffed crust represent a shift in long-term sustainable menu platforms on which we can continue to innovate.”

Loyalty has been a major point of focus for the Louisville, Ky.-based brand. Rewards members are up to 22 million, up from 17 million at the start of 2021,and nearly double from its headcount in 2019. Much of the company’s transaction growth over the past year has come from new customers, Lynch said.

“This myth that everyone ordered pizza four times a week during the pandemic and now they won’t do that coming out of the pandemic just isn’t factual,” Lynch said. “It’s been all new customer acquisition driving growth.”

Papa John’s is also continuing to bolster its development plans. In September, the pizza chain signed its largest North America franchise deal ever with new franchisee Sun Holdings Inc. expected to open 100new stores in Texas over the next eight years.

“We are very bullish on our ability to continue to deliver these large development agreements,” Lynch said Thursday. “We have evolved our development strategy away from ‘opening any store from anyone willing to build’ toward a strategic approach.”

Lynch also mentioned opening restaurants near each other to cut down on delivery time, which is reminiscent of the company’s competitor Domino’s long-term fortressing strategy.

Papa John’s is confident in its growth capabilities despite supply-chain (including equipment) slowdowns and labor challenges that have impacted the entire restaurant industry.