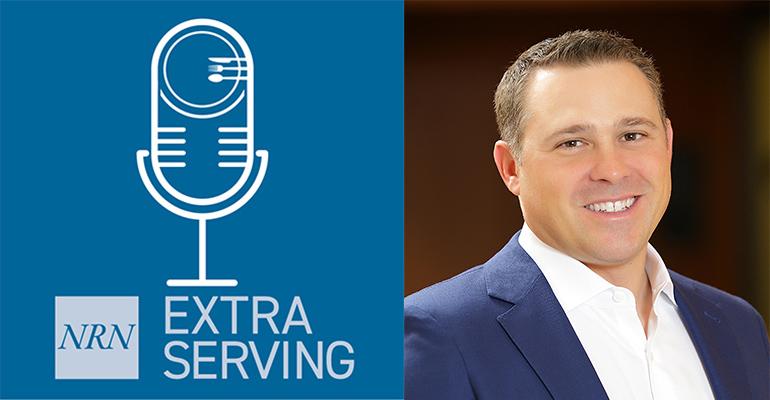 Rob Lynch, CEO of Papa John's, explains how he turned the brand around in 2020.
Data & Research>Top 500 Restaurants

The quick-service brand saw record sales in 2020 amid the coronavirus pandemic. Lynch explains how it achieved that feat on this week’s episode of Extra Serving

Just over two years ago, the founder of Papa John’s had been ousted for insensitive racial comments and the company was not a desirable place to work, according to current CEO Rob Lynch. Not to mention revenues had plummeted. But times have changed.

Lynch took over as CEO in Aug. 2019 and brought in his own team to execute his vision for the beleaguered Papa John’s.

In 2020, as the company saw record same-store sales with Q3 ending in the company’s strongest balance sheet in three years, it released several new menu items to the delight of customers. These included the chain’s version of a handheld pizza – Papadia’s – and stuffed crust, both of which helped to increase average check size.

Lynch also attributed that growth to the brand’s reliance on technology and ability to adapt. About 70% of Papa John’s orders are placed digitally, which means the company has had to invest heavily in new technologies during the COVID pandemic.

And it’s not just technology and menu that have seen 2020 investment to turn the brand around. Papa John’s partnered with Shaq for commercial spots and created a TikTok account for marketing and promotions.

Listen to Rob Lynch comment on the social unrest of the past year and how he leads a now-thriving company here: