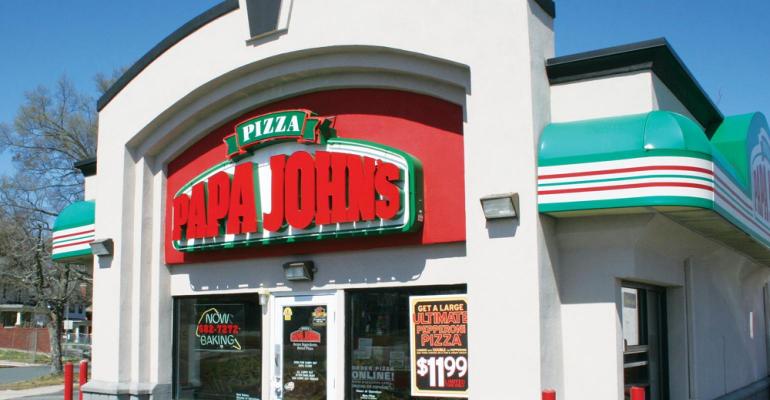 Over the past 12 months Papa John’s other significant steps to optimize its financial policies and capital allocation priorities.
News>Quick Service

Offering of $400 Million Aggregate Principal Amount of Senior Notes Due 2029, Issued at Par With 3.875% Coupon

Papa John’s International, Inc.(NASDAQ:PZZA) announced today that it has successfully completed its previously announced senior notes offering and the refinancing of its revolving credit facility, providing the Company with enhanced financial flexibility and additional liquidity. The transaction marks another significant step toward strengthening and aligning Papa John’s balance sheet and capital allocation priorities with its improving growth outlook and cash-generation potential.

The Company closed its previously announced offering of $400 million aggregate principal amount of 3.875% senior notes due 2029 (the “Notes”) in a private transaction exempt from the registration requirements of the Securities Act of 1933, as amended. The Notes are guaranteed by each of Papa John’s domestic restricted subsidiaries that are guarantors or borrowers under its Amended Credit Agreement (as defined below).

Concurrently with the closing of the offering of the Notes, Papa John’s amended and restated its existing credit agreement (the “Amended Credit Agreement”) with JPMorgan Chase Bank, Inc., as administrative agent, and the other lenders party thereto. Pursuant to the Amended Credit Agreement, Papa John’s revolving credit facility has been increased to an aggregate principal amount of $600 million and the maturity has been extended for an additional five-year term.

“As Papa John’s has transformed itself into an innovation-driven, growth brand, we have also made progress aligning our balance sheet and capital allocation priorities to support and accelerate our positive outlook,” said Ann Gugino, Papa John’s Chief Financial Officer. “We are committed to a balanced approach, having significantly increased growth investments and capital returns to shareholders over the past year, as well as simplifying our balance sheet. This refinancing locks in attractive interest rates for the long term, while maintaining an efficient cost of capital.”

Over the past 12 months Papa John’s other significant steps to optimize its financial policies and capital allocation priorities, in addition to the refinancing, include:

Papa John’s International, Inc. (NASDAQ:PZZA) opened its doors in 1984 with one goal in mind: BETTER INGREDIENTS. BETTER PIZZA.® Papa John’s believes that using high quality ingredients leads to superior quality pizzas. Its original dough is made of only six ingredients and is fresh, never frozen. Papa John’s tops its pizzas with real cheese made from mozzarella, pizza sauce made with vine-ripened tomatoes that go from vine to can in the same day and meat free of fillers. It was the first national pizza delivery chain to announce the removal of artificial flavors and synthetic colors from its entire food menu. Papa John’s is headquartered in Louisville, Ky. and is the world’s third largest pizza delivery company with more than 5,500 restaurants in 49 countries and territories as of June 28, 2021. For more information about the Company or to order pizza online, visit www.PapaJohns.com or download the Papa John’s mobile app for iOS or Android.