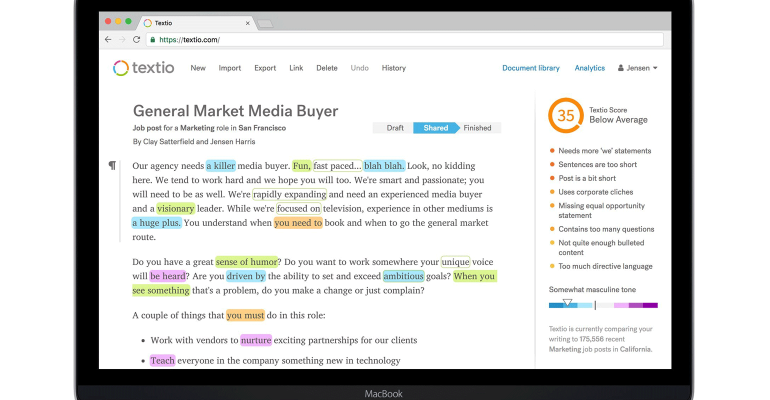 When it comes to recruiting, restaurants are looking for new ways to attract qualified employees, especially at the supervisor level.

At McDonald’s Corp., the Chicago-based company has found a way to make their job postings more attractive to applicants through an augmented writing platform by Textio.

McDonald’s recently purchased the software to help write job postings and recruiting emails. The platform scans writing and will make suggestions on what words or phrases need to change to get a better response from “a diverse and relevant set of people,” Textio said.

The software is powered by data learned from analyzing millions of job descriptions and recruiting mails. The software learns what language engages potential hires.

"At McDonald's, our goal is to create feel-good moments that ensure everyone feels welcome and included. That starts with the language we use when we reach out to you as a candidate," said Joshua Secrest, McDonald’s senior director of global talent attraction, in a statement.

“Textio's innovative augmented writing platform will give us the insights to know, in real time, whether the language we are using is attracting the most qualified and diverse candidates we can,” Secrest said.

Restaurant delivery, which Cowen Inc. says grew to $561 billion in sales for the industry last year, remains a gamble for independent fast-casual restaurants like Burger Parlor in Southern California.

Corporate giants like McDonald’s and Taco Bell can negotiate better fees for franchisees and company stores because they can dangle their scale before the three big players: Grubhub, DoorDash and Uber Eats. 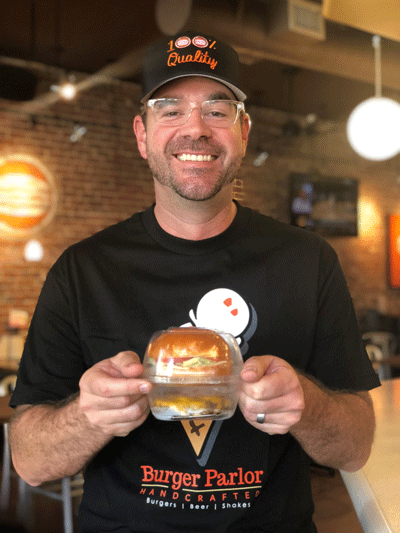 Though delivery fees hurt, Burger Parlor owner Joseph Mahon felt he had no choice but to enter the space. “We knew it was going to be big,” said Mahon, a graduate of the Culinary Institute of America at Hyde Park, N.Y.

But burgers and fries don’t travel well. And, soon Mahon grew frustrated by the complaints over “soggy and messy” burgers at their doorstep. Consumers don’t blame the delivery company. They blame the concept.

Mahon hunted for new to-go boxes geared for delivery. He found nothing.

A self-described inventor, Mahon began developing his own recyclable burger box about a year and half ago. After going through many iterations, his first batch of 5,000 boxes were produced earlier this year. He is calling the patent-pending box: FuzionBox.

Mahon is known for taking chances. He spent most of his early career working for fine-dining institutions such as the now closed Bastide in West Hollywood, Calif., and Cafe Boulud in New York. He left the fine-dining scene several years ago to open Burger Parlor, which also serves craft beer, salads and milkshakes.

The first Burger Parlor in Fullerton, Calif., won rave reviews from locals, and critics. He opened a second Burger Parlor a few years later near Chapman University, located in a historic community in Orange, Calif.

During a recent interview, Mahon demonstrated the boxes in the patio of his Old Towne Orange restaurant. 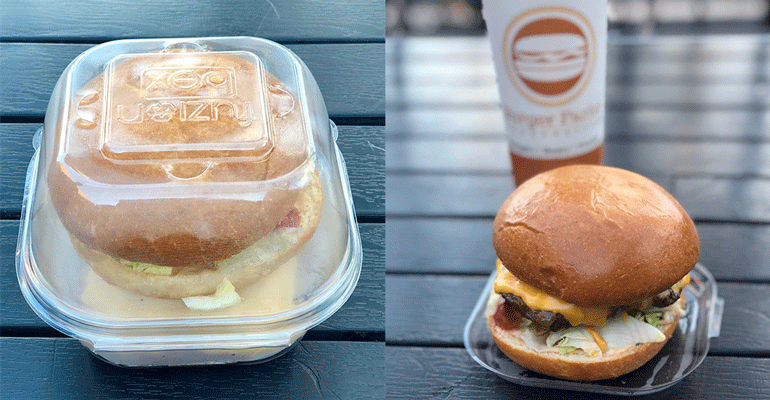 Made of recyclable materials, the burger box looks like a regular clear plastic clamshell, but it has a third middle layer that separates the bun, spreads and accoutrements from the patty during delivery. The hot beef patty, when confined in a box, creates steam, which causes soggy burgers in standard delivery boxes or paper bags.

When the FuzionBox burger is delivered, the customer removes the detachable middle lid which acts like a small tray for assembling the burger. The customer then takes the patty and places it in between the two non-soggy buns.

Mahon has developed other box sizes geared for tacos and sandwiches. He is in talks with suppliers who might want to partner with him on licensing and distribution.

Until then, he’s ordered 6,000 more boxes, which are safeguarding his brand during a time when delivery is a “do or die” proposition for restaurants.

Changing the menu for takeout, delivery

On a weekly basis, chains across the country are launching or expanding their delivery footprint as fast as possible to meet growing demand created by the stay-at-home trend.

Blaze Pizza, for example, made a move recently to bolster its delivery program by testing a new pizza size at nine restaurants in California and Nevada.  The 14-inch pizza is about three inches larger than the fast-casual chain’s traditional custom pies. 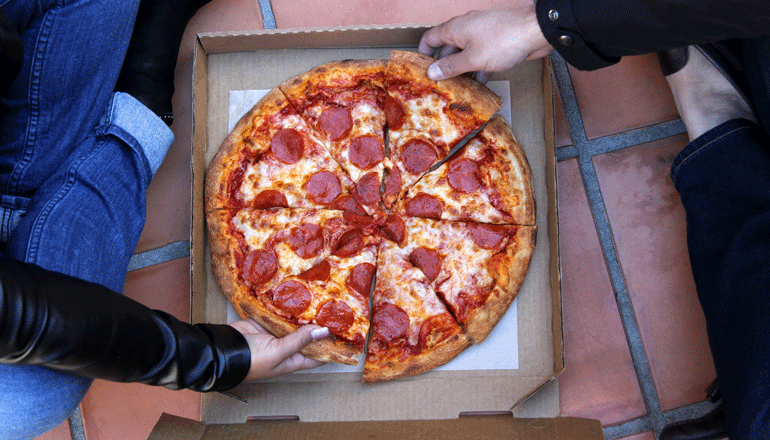 Blaze CEO Jim Mizes said the company chose to make the larger pies for takeout and delivery because those pizzas are typically consumed outside the restaurant by families or large groups.

“We will still offer our regular-size pizzas for carryout and delivery that is perfect for an individual, yet when we look at pizza consumed at dinner and at parties, it is mostly larger pizzas,” he said.

In the fourth quarter of 2018, Blaze’s off-premise digital sales grew 121%, and now account for 10% of sales.  The Pasadena, Calif.-based fast-casual pizza chain said its off-premise goal for 2019 is to exceed 20% of sales. Blaze's total sales are expected to reach about $400 million this year.