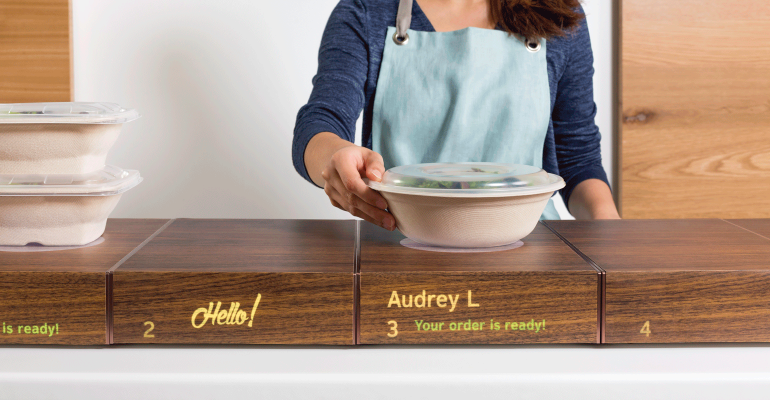 The Spotlight Pickup System is slightly less complicated than the company’s revolutionary Cubby Pickup System. Instead of food stored behind a door in a cubby, Spotlight is a modular open-shelf system. It uses the same technology as the Cubby system. Each shelf contains “spots” equipped with sensors that provide customized digital messaging.

Each spot can send and receive information through Eatsa’s cloud services. It allows the restaurant to assign a customer’s name and provide a status update on each order.

The first restaurants adopting the new pick-up system include Mac’d in San Francisco; Evergreens in Seattle; and Wow Bao in Chicago. Evergreens and Wow Bao plan to deploy the shelf system by February.

Mac’d, a three-unit fast-casual, build-your-own macaroni and cheese concept, has been using the Spotlight system at one of its two San Francisco restaurants. 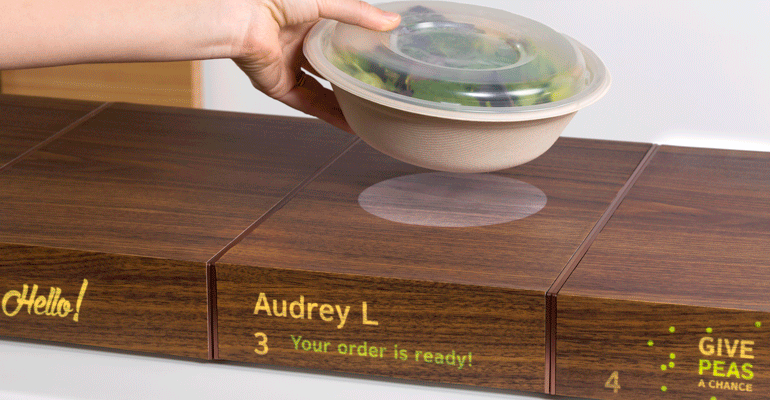 “When considering Eatsa’s technology, it was critical for us to have the ability to customize it to fit both our space needs in the restaurant and our brand standards for how we communicate with our guests,” Bello said in a statement. “It fits seamlessly into our restaurant design. The added benefit is it’s very fun and engaging for our customers. I’ve seen many smiles as they easily find their order and are able to go about their busy day.”

Tom Small, chief operating officer of Seattle-based Evergreens, said Spotlight will help the restaurant meet the demands of “a big increase in the number of pickup orders” at its restaurants. He said he likes the idea of the system giving customers a status update without having to interact with cashiers.

“We think our customers are going to love this new innovative pickup experience,” he said in a statement.

Order and pay ahead comes to casual dining

Seven BJ’s Restaurant & Brewhouse locations in Los Angeles and Austin, Texas are testing a new ordering system that allows diners to order and pay ahead for dine-in visits.

The Huntington Beach, Calif.-based chain said it is using Allset, an app that provides order- and pay-ahead technology for casual and limited-service concepts. Order and pay ahead is not new, especially among fast-casual chains. But most chains adopt mobile ordering for dining off premise.

At BJ’s, the company is using Allset for diners who want to dine in. Through the app, customers can make a restaurant reservation, pre-order and pay for the bill before entering the restaurant.

The system ensures a “faster dine-in service,” according to the San Francisco-based company.

Greg Trojan, CEO of BJ’s Restaurants Inc., said the company is looking to see if the program will increase dine-in traffic. 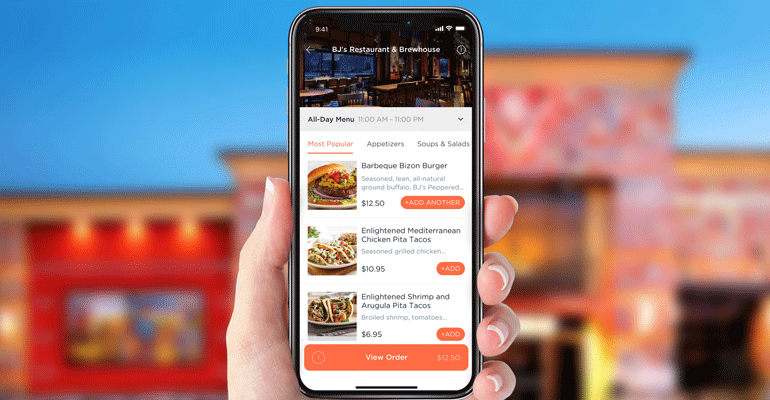 “While most other services focus on delivery and takeout, Allset promotes our restaurants’ dine-in experience to Millennials and people in a hurry,” Trojan said in a statement.

Allset, founded in 2015, works with 1,500 restaurants in Northern California, New York, Chicago, Boston, Austin, Seattle, Los Angeles, San Jose, Houston, and Las Vegas. In the app, diners can also invite friends to join them at a table and order and pay separately for their food.

Lake Forest, Calif.-based Del Taco has expanded its rollout of delivery through Grubhub.

In the fourth quarter, the chain launched delivery in parts of Los Angeles. That program has now expanded to all participating restaurants in the Los Angeles region, the company said this month.

Los Angeles residents can order Del Taco for delivery through the brand’s website, app or through Grubhub. 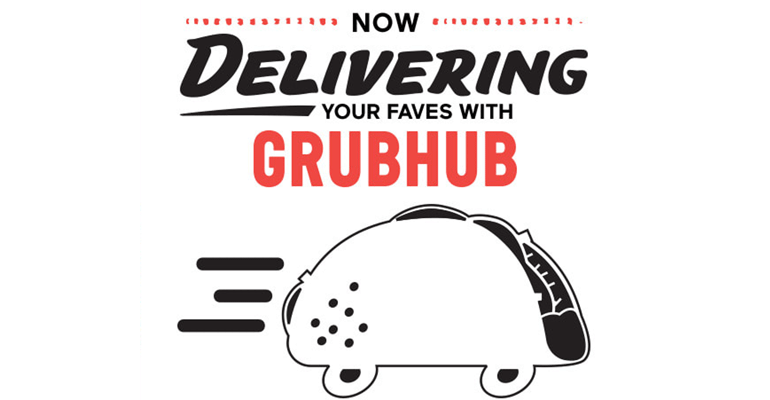 POS integration has become an important factor for chains whose customers expect speed and accuracy.

Take Jersey Mike’s Subs. The company recently went live with a POS-integrated system at more than 1,300 restaurants through Uber Eats.

“If Jersey Mike’s introduces a limited-time-only offer, this can be added to the POS and it will automatically show up on Uber Eats’ menus nationwide,” the company said.