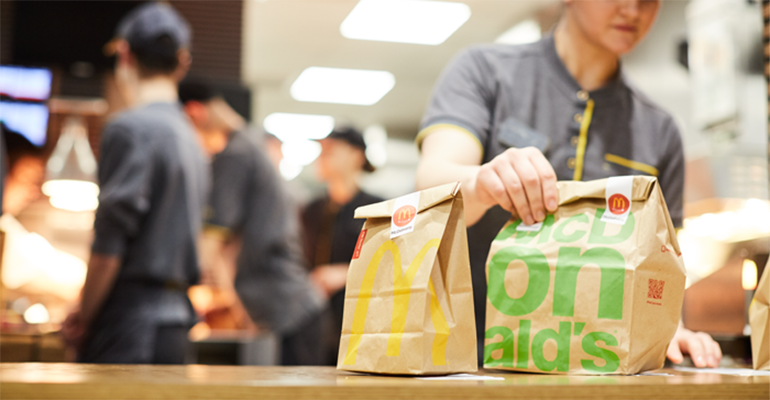 ‘We've been our own worst enemy,’ Jack in the Box CEO said

Menu innovation in quick service has given consumers the Epic burrito at Del Taco, premium burgers at McDonald’s, Cantina bowls at Taco Bell, endless variety at Jack in the Box and hand-rolled shrimp stuffed enchiladas at El Pollo Loco.

But culinary creativity in an industry born to deliver food fast has become a problem. Quick service brands are scrambling to satisfy consumer demand for convenience and higher quality foods. That’s led to bloated menus and slower service.

“We've been our own worst enemy when it comes to speed of service as the breadth of our ever-changing menu has added complexity in prep times in our kitchen,” Jack in the Box CEO Lenny Comma said during the chain’s second quarter conference call.

This year, major chains such as McDonald’s, El Pollo Loco and Jack in the Box are taking actions to trim the fat. Jack in the Box is reducing redundant ingredients from menus at 180 restaurants. McDonald’s recently trimmed sections of its menu during certain dayparts and is exploring kitchen automation to increase efficiencies.

Tim Powell, a senior restaurant analyst at Q1 Consulting in Chicago, said culinary experimentation at McDonald’s is positive for a brand that has been “loathe” to try new things in the past.  But those changes — all-day breakfast and custom burgers — can be a juggling act for over-extended operators, he said.

“The orders and needs are so fragmented that it’s challenging for a restauranteur to know what to offer and when,” Powell said.

Besides trimming its menu, McDonald’s is also turning to automation to simplify operations for task-weary kitchen employees.

In mid-June, the brand began testing in a handful of U.S. restaurants “advanced kitchen equipment” designed to automate repetitive tasks such as cooking fries and dispensing beverages. Despite reports describing the equipment as robot cooks, McDonald’s strayed from mentioning robots in its press materials.

An illustration provided by the company shows automated baskets shaking fries in oil next to an employee scooping up the final product. 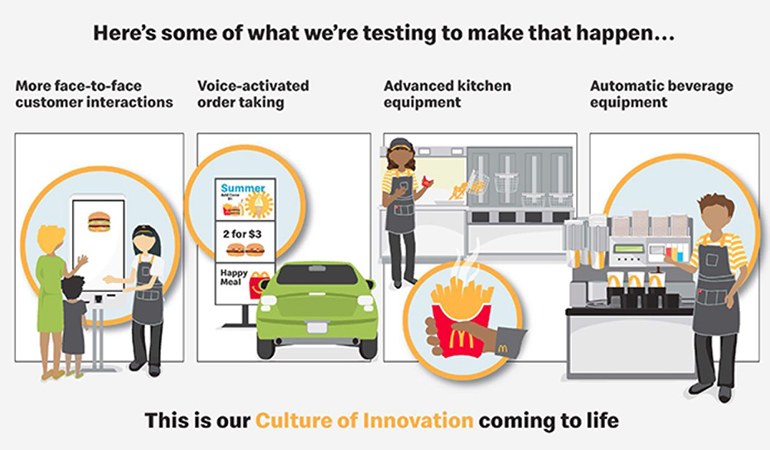 “The innovations are focused on simplification, providing restaurant employees with more time to focus on the hospitality experience our customers seek,” the company said.

Redeploying staff to provide more one-on-one hospitality is a good move for McDonald’s if that’s the true intent, Powell said.

When it comes to hospitality, friendliness, order accuracy and overall service, McDonald’s regularly scores lower than rival brands, he said.

“Maybe this [technology] is in response to that,” he said.

McDonald’s is also testing Alexa-style voice ordering, a trending technology solution used by other operators to increase speed and order accuracy.  The company said the pilot program builds on the chain’s effort to “serve food on our customers’ terms” with plans to eventually take the efforts global.

“We’re leveraging technology to improve and modernize the way we connect with customers,” McDonald’s CEO Steve Easterbrook told investors during the April conference call. “We’re confident about the road ahead.” 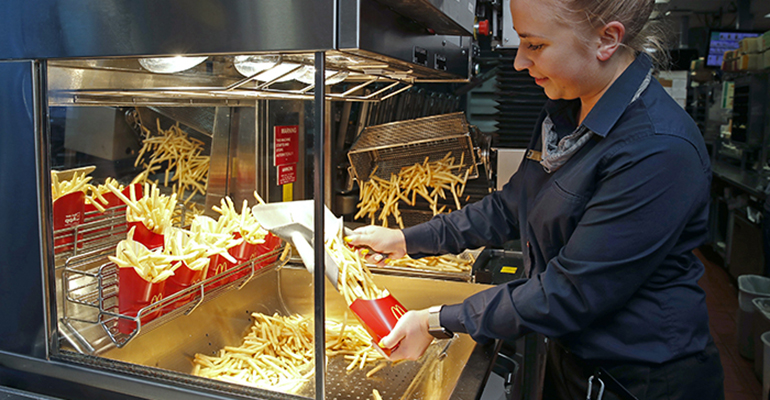 Powell said the chain’s effort to increase automation should have a positive economic impact on operations.

“Looking past the capital expenditure, it will save on operating expenses, food waste and portion sizing,” he said.

In the spring, McDonald’s joined several other chains looking to streamline kitchen operations by trimming three sections of its menu.

That same month, the company said it would phase out its premium burger line, Signature Crafted Recipes.

In May, the biggest pivot came when it scaled back all-day breakfast, a lifeline for the brand when it first launched in 2015. Serving Egg McMuffins all day led to same-store sales improvements the following two years after the program launched.

It was one of the most significant operational changes made to McDonald’s restaurants in the U.S. But the complexity of offering breakfast at dinner finally prompted the company to retrench.  McDonald’s gave franchisees the option to choose which breakfast foods to serve all day.

McDonald’s said the flexibility will improve speed of service and simplify kitchen operations for employees.

“Giving local restaurants the ability to select the items they serve for their all-day breakfast menus means an even better, faster experience for customers, day and night,” the company said at the time.

Other brands trim the fat

Besides McDonald’s, San Diego-based Jack in the Box and Costa Mesa, Calif.-based El Pollo Loco have also made efforts to shave off items or reduce redundant ingredients. 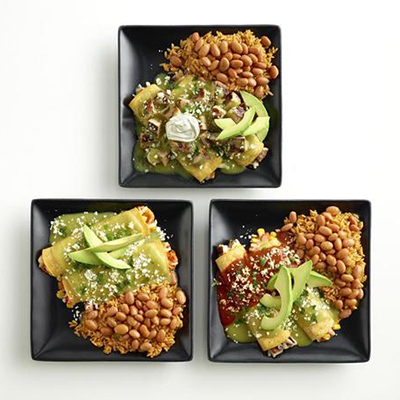 At Jack in the Box, CEO Comma said the brand this year has deleted low-volume items and eliminated complex ingredients in meals at 180 company and franchise stores. For example, he said the chain has trimmed a large amount of redundant mayo-based sauces and cheese offerings at test stores.

Also gone: “A ridiculous number of bread carriers,” he said.

At test locations, restaurants are modifying products to include one type of bread, or cheese, instead of “2 or 3 ingredients,” Comma said.

Consumers, so far, are not balking at the changes, he said.

“We're very pleased with the results of Phase I of this program and saw no detrimental impact on sales,” he told investors during the company’s last earnings call.

Speed of service has also improved at Jack in the Box stores involved in the menu test. The goal, he said, is to make training and execution easier on crews.

The company expects to roll out these changes systemwide in July.

“By the end of 2021, we're targeting a 1-minute improvement in average service time, while maintaining quality, accuracy and friendliness rate,” Comma said.

El Pollo Loco has also slimmed down its menu and added new back-of-the-house procedures at 90 stores, the company said during a May earnings call.

CEO Bernard Acoca said the programs, along with a new employee appreciation program, are contributing to retention of managers and crew members in a tight labor market. In May, Acoca told investors during a quarterly earnings call that trimming the menu of lower-margin items did not impact transactions, which dropped 3.1% at company stores and 2.3% at franchise locations.

“We didn’t see any degradation,” he told investors.

Peter Saleh, an analyst with BTIG equity research, said fat menus are part of the “life cycle” of quick-service restaurants looking to boost guest counts when foot traffic is stagnant.

But brands can only “pile on” so many salads, vegan foods and wraps before things get dicey, Saleh said.

“Then all of a sudden it slows down the kitchen,” he said.

As for innovation in the kitchen, Saleh said that’s not lip service. That’s a necessary strategy to retain employees in an “extremely tight” labor market where turnover is the highest it’s ever been in at least a decade, he said.

“You’ve got to make it easier to train,” he said.