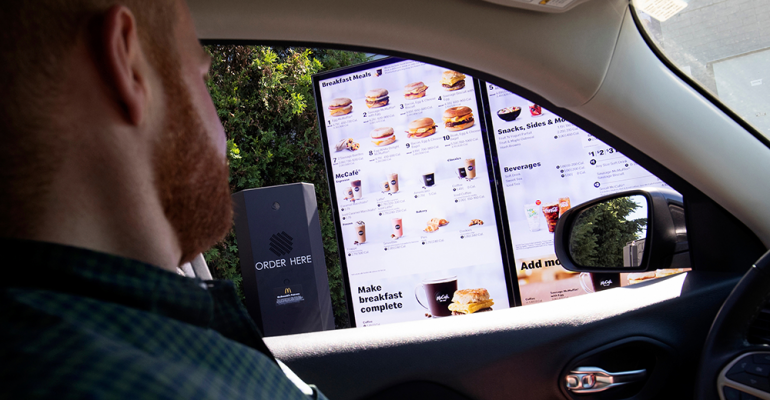 Alexa-style ordering, automated frying in a ‘handful’ of U.S. units

McDonald’s Corp. is testing kitchen automation and Alexa-style voice ordering at a handful of stores across the U.S. as it strives to increase speed of service while simultaneously simplifying operations for employees.

The Chicago-based chain made the announcement late Thursday afternoon after providing the Wall Street Journal an exclusive peek of new innovations described as “robot” cooks tossing chicken, fish and fries into vats of oil. McDonald’s, however, strayed from mentioning robots in its press materials.

Instead, the brand called the next-generation innovations “advanced kitchen equipment” designed to automate repetitive tasks such as cooking fries and dispensing beverages. An illustration provided by the company shows three fry baskets automating the agitation of fries in oil. 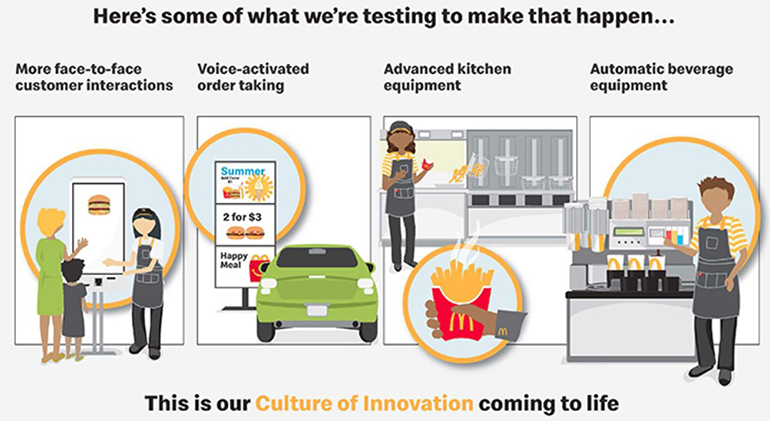 McDonald’s did not provide the U.S. markets where the tests are being conducted.

The brand is also jumping on the voice-ordering bandwagon, a growing movement deployed by other restaurant companies including Denny’s, Dunkin' and Domino’s Pizza.

McDonald’s said the Alexa-style voice ordering is being tested in a few restaurants across the country. The pilot program builds on the chain’s effort to “serve food on our customers’ terms” with plans to take the efforts global, the company said.

The drive-thru voice activation ordering is separate from the company’s artificial-intelligence-powered drive-thru menu boards being tested in 700 U.S. restaurants.

The Wall Street Journal report highlighted the drive-thru experiment at a restaurant near the company’s Chicago headquarters. It said customers were greeted by an automated voice: “Hey there. Welcome to McDonald’s. What would you like to order?”

McDonald’s did not provide further details about the rollout of the innovations.

“As we gather more information from these tests, we’ll be sharing updates,” the company said.

In its last earnings call in late April, McDonald’s said it is focused this year on improving restaurant operations at its 14,000 U.S. restaurants, including speed at the drive-thru.

“We’re leveraging technology to improve and modernize the way we connect with customers,” McDonald’s CEO Steve Easterbrook told investors during the April conference call. “We’re confident about the road ahead.”

Reducing bloated menus and repetitive kitchen tasks have become a priority for major brands dealing with labor challenges such as high turnover and rising wages.

McDonald’s, El Pollo Loco and Jack in the Box are among the major chains looking to streamline operations by trimming menus or testing automation.