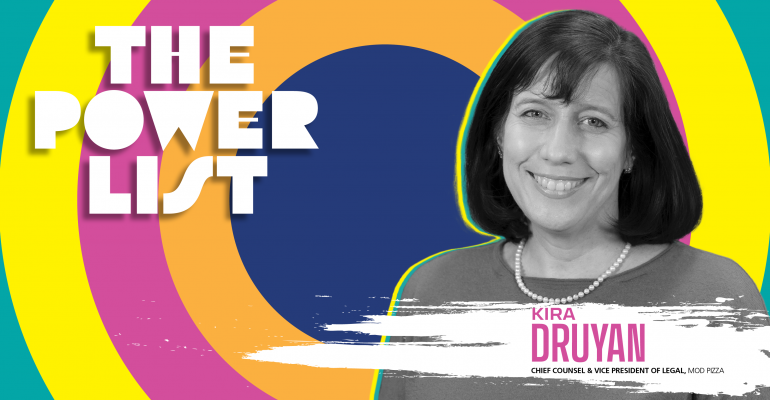 People with criminal records don’t merely have trouble finding jobs. Having to check a box declaring prior convictions can make it difficult to find housing, get loans or get admitted to schools, among other challenges. “Checking that box can have a lot of consequences,” said Kira Druyan, MOD Pizza’s chief legal officer.
News>People

The fast-casual pizza chain hires many incarcerated workers, and this move would set them up for a more successful future

MOD Pizza has always had a mission to hire people who have had trouble finding work elsewhere, including those who had been previously incarcerated.

But people with criminal records don’t merely have trouble finding jobs. Having to check a box declaring prior convictions can make it difficult to find housing, get loans or get admitted to schools, among other challenges.

“Giving someone a job is a great thing, but that’s only the entry point of how we can support people with barriers to employment. There’s a lot more support that some of these employees need,” she said.

That’s especially true since a wide variety of past convictions can be expunged from people’s records.

“It’s a right that a lot of people have,” Druyan said.

Every state has different regulations about what can be expunged and what can’t, and the procedures can be complicated. The legal fees can make exercising these basic rights financially unfeasible.

“It’s extremely complicated to parse through the laws and regulations,” Druyan said. “It’s a right that people have [and] it shouldn’t be so hard for them to avail themselves of that right.”

“I'll be honest. I had an arrest in college that I got expunged,” she said. “I may or may not have been in a bar underage with a fake I.D., but I was going to law school and I knew I needed to get that off my record, so I went and got it taken care of. But I’m lucky. I knew what I needed to do, and I had the backing and education to take care of it. But not everybody does.”

So Druyan is trying to develop a system that will pair employees — Squad members, as they’re called at MOD — with lawyers offering pro-bono services to help get their records cleared.

“We’re really trying to help level the playing field,” said Druyan, who said she was dubbed the family lawyer when she was three years old.

“I’ve always had this innate sense of justice and what’s fair and what’s not,” she said.

She has reached out to other law firms that work with MOD and who allow their associates to get credit for pro bono work as part of their billable hours.

“I said, ‘As long as you’re doing pro bono work, I think you should be doing it for us,’” she said.

“Frankly, the response has been really, really positive. Outside law firms are always looking to embed themselves more with their clients, and I think cases [like these] have been really meaningful for them.”

Druyan is starting with some pilot cases — figuring out how to line up employees with law firms. A lot of MOD’s Squad members haven’t had positive associations with the justice system, she added.

Druyan started the project just before COVID hit, and as with so many things, that delayed the progress, particularly since courts had to give priority to criminal proceedings in which defendants have a Constitutional right to a speedy trial.

She has started by working with the global law firm DLA Piper, which agreed to take on three cases, working with Squad members on going through records, determining eligibility and moving forward.

“Our goal is to take the learnings from these cases and figure out how I can create something programmatic around this,” she said.

Druyan said she wants to make these legal services available as a job benefit to any employee who has been working for MOD for a set period of time.

She has a long way to go, but as the pilot program proceeds, Druyan is trying to figure out how to provide tools for employees in each state where MOD operates.

“If I could leave a sustainable social justice, pro bono-type program for the Squad,” she said, “that would be a much prouder legacy than any of the other legal work that I do.”