Denny Marie Post on how to market a virtual brand and her new job at Nextbite
Jul 05, 2022
The marketing expert talks women in business, the future of virtual brands and the reason for her latest career move in an interview with...

17 executives on the move at restaurant companies in June
Jul 05, 2022
Last month saw many presidents and CEOs named to new positions 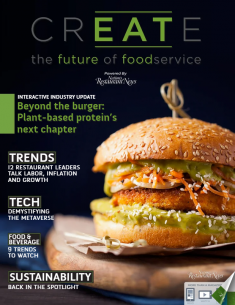 Paul Murphy to step down from helm at Red Robin Gourmet Burgers Inc. at end of 2022
Jun 22, 2022
President and CEO will stay on as the casual-dining chain finds a successor

El Pollo Loco COO to retire
Jun 21, 2022
Miguel Lozano will step down in November, or sooner if replacement is found

Rossann Williams, head of Starbucks North America and face of anti-union push, exits company
Jun 20, 2022
Williams is leaving Starbucks at the end of the month after 17 years at the company, and is now the third executive to leave Starbucks in two months
Load More