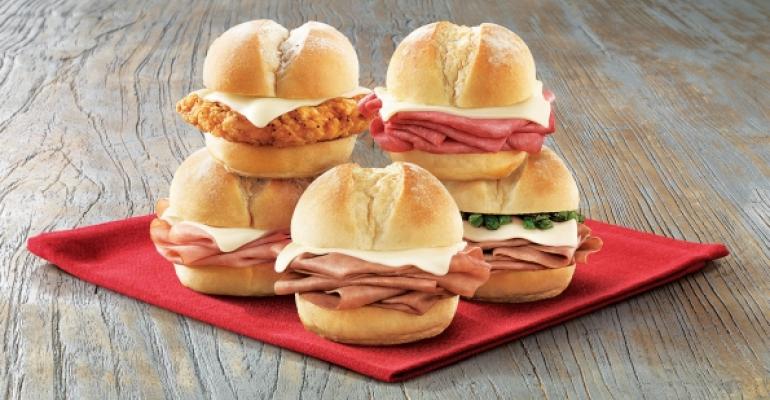 Arby’s didn’t just sell a ton of sliders the first month they were introduced. They sold 2,900 tons of them.

Leveraging the burgeoning snacking trend, and consumers’ interest in sampling smaller-portioned items at lower prices, the Atlanta-based chain launched five varieties of the miniature sandwiches to its more than 3,300 domestic locations on August 31 last year. By the end of September Arby’s had sold 29 million of them, including 1,494 at a single location, in Jasper, Ala., on Sept. 18 alone. 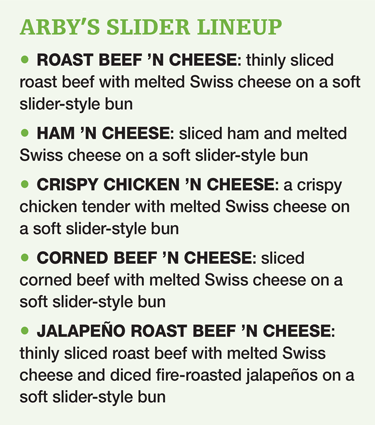 Arby’s started testing the sliders in April 2015 in a handful of markets. Results exceeded expectations: Arby’s saw an increase in the number of transactions and new guests in those markets and they were receptive to the low price point and high variety menu.

The 3-ounce sandwiches have a suggested retail price of $1.29 — $1 during “Happy Hour” in participating markets — and are available in roast beef, chicken, corned beef, ham and jalapeño roast beef varieties.

“Sliders combine snack-size value with the high-quality proteins we’re known for and this is a winning proposition with our guests,” Arby’s chief marketing officer and brand president Rob Lynch said.