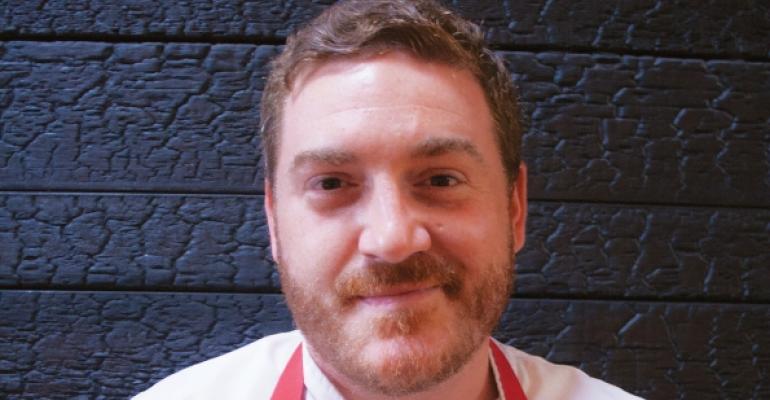 Lazy Bear has prowled the Bay Area food scene in different forms, first as an underground dinner party with a pop-up spirit and, since late 2014, a full-fledged restaurant with a dinner-party atmosphere. At the center of it is chef David Barzelay, whose calling to the kitchen came by accident when his work as a lawyer was put on pause and his love of food demanded a more serious seat at the table.

You did pop-ups for years. What made you finally make the change?

Moving to a permanent spot allowed us to accommodate more people and control more variables. At the pop-up we weren’t allowed to sell alcohol; we were working out of a makeshift kitchen that we made functional but lacked infrastructure needed to improve quality.

Why have you retained a ticket-selling format from your pop-up years?

It shifts the risk. If diners purchase a non-refundable ticket, if a business trip comes up, they have to sell their tickets just as they would for concerts, theater or a sporting event. By the time the diner has arrived, we have already purchased the food, 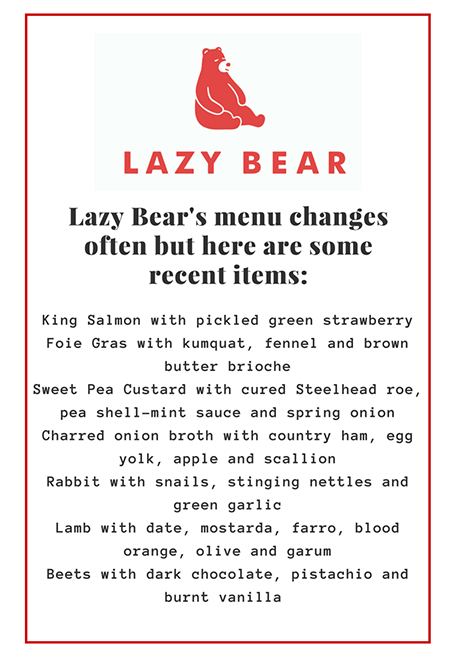 scheduled employees, folded the napkins, made the menus. If they no-show, we lose all that. I think that’s something the entire industry will move toward and, in fact, already has by taking deposits and credit-card numbers. The fact is the margins are too tight for places to weather no-shows.

What is most exciting you in the kitchen right now?

Fava beans will be here soon, and morel mushrooms are one of my favorites. Sometimes it’s so easy to cook with items like that it almost makes it harder creatively. It’s so easy to just put them on a plate and have them taste good, so how do you come up with a dish that is interesting and original and unified in a sense of your broader cuisine? It requires artistry, a sense of grace and unity, and uniqueness. I’d prefer not to serve anything that can be served anywhere else, but that’s a high bar and we rarely reach it. There are only a handful of dishes that I’m really happy about ever.

How do you keep yourself inspired now that your chef status is less of a lark and more an official calling?

The one difference is I would often be inspired by techniques that I had seen but hadn’t tried. There are fewer techniques I haven’t tried now, so it means I have to reach a little further. Every year, when something comes into season, we’re seeing it with fresh eyes and the benefit of experiences we had in the preceding year. I would say I’m just starting to define my cuisine, to carve out a meaningful and distinctive cuisine that fits my experiences and my passions and my sense of place.