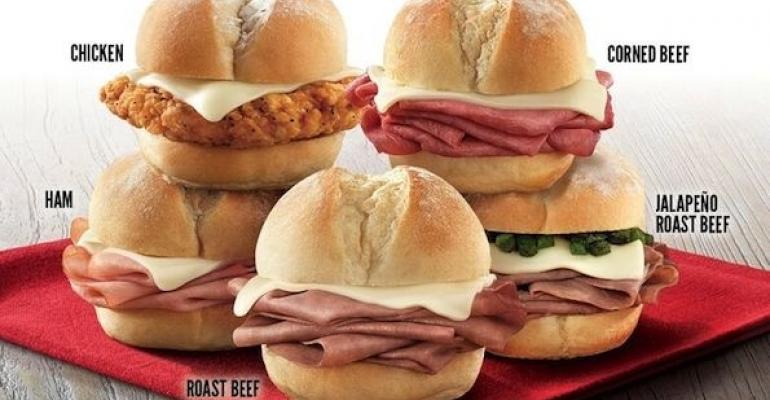 Arby's sold a ton of Sliders in September

Arby’s customers have apparently taken a liking to the chain's new Sliders.

The Atlanta-based sandwich QSR said that it sold 29 million sliders in its debut month of September. That’s about 1 million per day chainwide or about 300 per location per day.

Or, as the company says, it’s literally a ton of meat.

The Sliders cost $1 to $1.29, representing a lower-priced item for a chain that in recent years had built sales on the backs of premium items like the brisket sandwich and the turkey “Rachel.”

“Our sliders bring the magic of meatcraft to a smaller sandwich," Chief Marketing Officer and Brand President of Arby's Group Rob Lynch said in a statement. "Sliders combine snack-sized value with the high quality proteins we're known for and this is a winning proposition with guests." The low price is enabling many customers to order more than one at a time.

A spokesman said on Thursday that the sandwich performed better than expected — and that expectations were high going into the month. 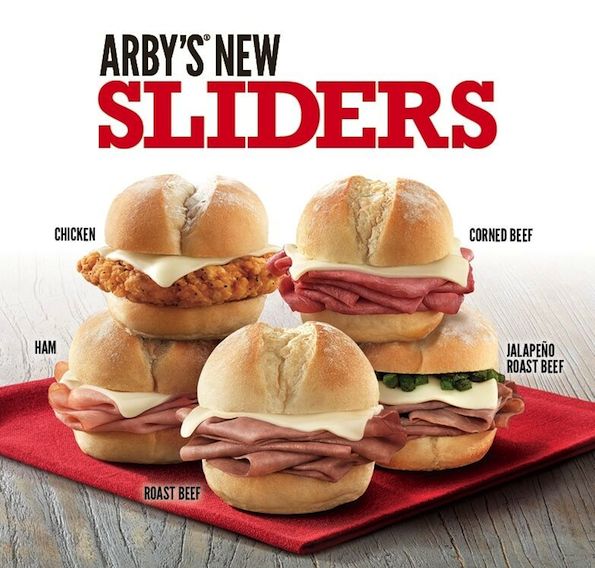 Sliders give Arby’s a lower-cost option, particularly during the growing afternoon “snack” daypart. The sandwiches’ success has earned them a permanent fixture on Arby’s menu, and the company is now offering them for $1 apiece during a Happy Hour (when small curly fries, small drinks and shakes will also be available for $1 apiece).

Their success also continues an impressive comeback for Arby’s, which has enjoyed 19 straight quarters of same-store sales growth and improving unit volumes — brought about in large part because of its innovative sandwich offerings and memorable advertising.

According to Arby’s, the number of sliders sold equals the weight of five Statues of Liberty, and if you were to eat one slider per day it would take 79,452 years to get to 29 million.

But the apparent Slider championship belongs to an Arby’s in Jasper, Ala., which sold 1,494 Sliders in a single day on Sept. 18.