Quick-service pizza restaurant chain Round Table Pizza was founded in 1959 in Menlo Park, Calif., by William Larson. The restaurant was named for the round tables Larson’s father built out of California redwood trees.

Round Table Pizza was initially known for its crust that Larson developed his own recipe for. Though not the original idea, the marketing for the chain became centered around King Arthur’s round table in 1961 at the suggestion of one of Larson’s friends.

In 1979, Larson sold part of his stock to a group of investors than started an employee stock ownership plan. In 1992, Round Table Pizza was wholly employee-owned and in 1995, the controlling partners bought out Larson’s remaining 25% stock.

In 2011, Round Table Pizza declared bankruptcy however, it emerged the same year and, in 2017, it was purchased for the first time by Global Franchise Group. Paul Damico is currently the CEO of Round Table Pizza.

Number of US Locations: 443 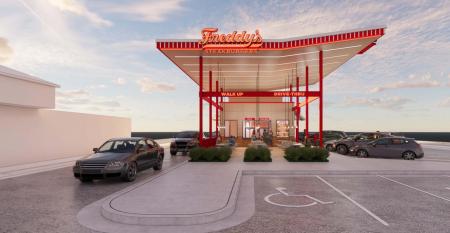 Fat Brands to acquire Twin Peaks from Garnett Station Partners for $300 million
Sep 01, 2021
Purchase is the second for Fat Brands this summer following the acquisition of Global Franchise Group