The franchisor of Great American Cookies, Hot Dog on a Stick, Pretzelmaker, Marble Slab Creamery and Round Table Pizza promoted Conrad from the position of executive vice president for brand marketing, a position she’d held since September of last year.

Johnston also had been interim CEO until Paul Damico took that position in April.

Conrad joined the company in 2018 as vice president of marketing and led the rebranding of Great American Cookies and Marble Slab Creamery, as well as their co-branded locations, according to the release announcing her appointment. She also directed the task force that led brand and franchisee response to the COVID-19 crisis.

“Global Franchise Group is mission focused and the talent and commitment of our team is at an all-time high,” Damico said in the release. “We are building a shared service platform that will enable us to best champion our current and future brands. Our leadership team has the industry experience and know-how to get us there.” 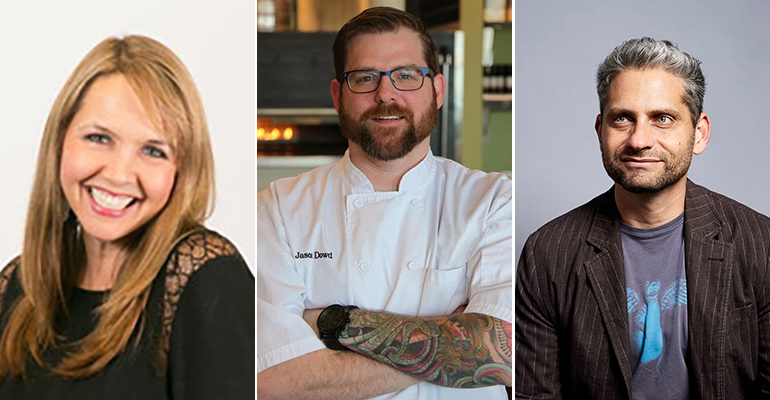 Dowd most recently was head of global food & beverage and director of culinary innovation for the InterContinental Hotel Group, where he set up that group’s first test kitchen and F&B training center.

Before that, he was vice president of innovation and corporate executive chef of Moe’s Southwest Grill. He has held similar roles at Consumer Capital Partners, parent of Smashburger and Live Basil Pizza, and Olive Garden.

Global Franchise Group has more than, 1,400 franchised and company-owned restaurants.