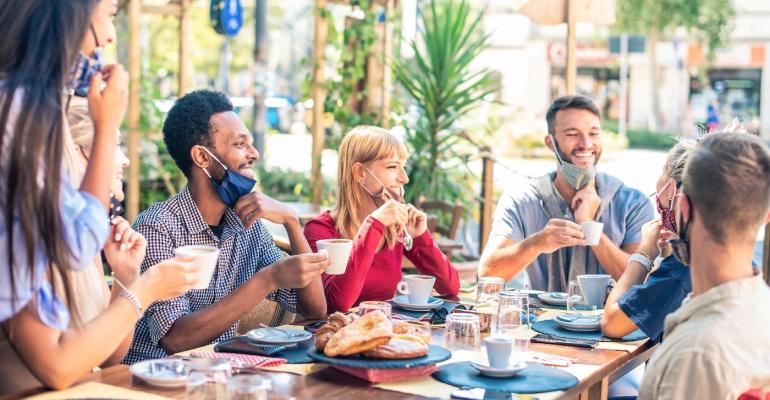 Chick-fil-A continues to rank No. 1 in Piper Sandler teen survey

Chick-fil-A remained the No. 1 restaurant in the latest Piper Sandler twice-a-year “Taking Stock With Teens” survey, followed again by Starbucks at No. 2, the investment bank said Wednesday in releasing the spring 2021 poll.

“In the wake of COVID-19 and given these consumers are digitally native, we are not surprised to see online adoption at its highest ever this spring,” said Erinn Murphy, Piper Sandler senior research analyst, in a statement.

“Snapchat and TikTok are the top two social media platforms,” Murphy said. The survey found Snapchat remained No. 1 (31%) as the favorite social-media platform, followed closely by TikTok (30%). Instagram lost share as the No. 3 player.

Among preferred restaurant brands, Chick-fil-A and Starbucks remained in the Top 2 both for upper-income and average-income teens from the fall 2020 survey. Chick-fil-A has been the leader in seven consecutive surveys, or for three and half years.

For upper-income teens, Chipotle Mexican Grill ranked No. 3, Dunkin Donuts No. 4 and McDonald’s and In-N-Out Burger tied for No. 5. The tie was a change from the from the fall 2020 survey, when McDonald’s ranked No. 5 alone.

The growth of delivery during the pandemic may impact future teen consumption patterns, the analysts noted.

“We can hypothesize a world where third-party-delivery platforms become widely embraced and democratize dining occasions (especially should dining room visits be permanently reduced post pandemic vs. historical periods) by encouraging teens to eat at a wider array of restaurant brands (namely full service),” they said.

“This along with a steady pipeline of culinary innovation could help the full-service segment regain a portion of its lost share preference,” the analysts noted. “However, it remains to be seen whether the preference for a lower ticket (which would typically favor the limited-service segment) wins out in the future.”

“The traditional pizza category retains the overwhelming majority of brand preference among teens at 76% in the latest survey cycle,” the analysts said. “We believe this is reasonable given the size, scale, and overall awareness of these legacy pizza brands.”

Next Generation concepts like Blaze Pizza, MOD Pizza, Pie Five, Pieology, &Pizza, PizzaRev and 800 Degrees have made steady strides since the spring 2015 survey, they said.

“Looking forward, we believe the Next Generation category is positioned for continued growth and increasing share preference as overall access and awareness increases,” the Piper Sandler analysts noted.

“In the latest survey cycle, the Legacy Hamburger category retained approximately 87% preference among teens,” the analysts noted. “We believe this is reasonable given the size, scale, and overall awareness of legacy brands within the segment (anchored by McDonald’s, Burger King and Wendy’s).”

Among other topics surveyed were COVID-19 vaccination plans. The poll found 69% of teens planned to take the vaccine, up from 64% in fall survey.

Food was the No. 1 priority when it came to share of wallet spending, which 23% ranking it as the top category. Teen “self-reported” spending improved slightly to $2,165, up 1% sequentially, and the parent contribution to that was 61%, the survey found.

About half, or 49%, of teens either consumed or were willing to try plant-based meat with Impossible Foods as the No. 1 choice, followed closely by Beyond.