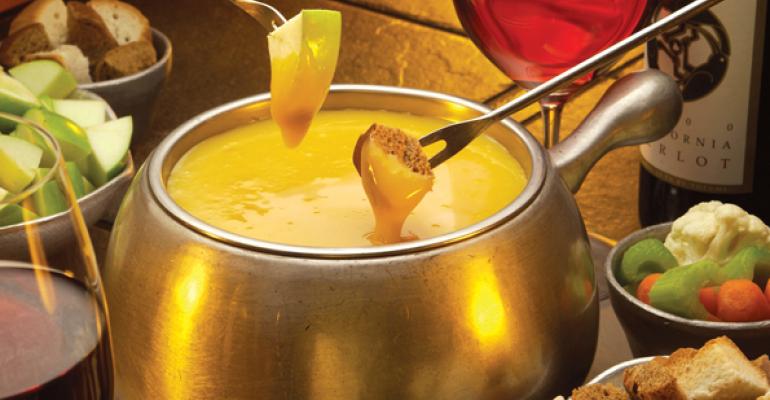 The Melting Pot, a 135-unit fondue chain based in Tampa, Fla., has been evolving in recent years.

Miller graduated from the French Culinary Institute in New York and spent a decade working under innovative steakhouse and fine-dining chef David Burke. He then ran the kitchen at The Capital Grille’s 450-seat steakhouse near Wall Street.

Miller, who has been at The Melting Pot for a little more than two months, discussed his plans with Nation’s Restaurant News.

Why did you decide to move from The Capital Grille to The Melting Pot?

It was a natural progression, and I was looking for something creatively different. I had spent numerous years in the steakhouse world and this was a perfect opportunity for me to use all the experience that I’ve accumulated over the years.

What are your plans for the chain?

Most of the plans are very far-reaching. The Melting Pot has been around for almost 40 years, and until last year the menu was pretty limited. There wasn’t a lot of selection or flexibility on the menu. They added a lot more flexibility last year, for guests and operators.

That’s what Shane Schaibly did, right?

He was a big part of making that happen. Now we’re doing more things that allow operators to be more market-specific, as well as creating brand-new fondues and new ways to fondue.

What I’m trying to do is to sway away from, ‘Oh, you’re just dipping stuff in cheese or chocolate, or dipping it in a broth.’ If I told you I’d have a barbecue fondue, people might raise their eyebrows about that. It might be short ribs dipped in barbecue cheese. I have to consider the fact that there are 135 locations and it has to be executed by everyone. Plus, we’re expanding internationally, so dishes have to be made that have broader appeal or can be cross-used from one location to another.

And there might be things we develop in other countries that we can bring back here.

What international markets are you looking at?

The Middle East and Indonesia will be the locations we open soonest. It will be a true melting pot as we move on. I came in at a very pivotal time within the company, so it’s good timing for me.

Shane Schaibly also started implementing some local elements at The Melting Pot. Are you going to continue that?

We’ll be making more use of locally available products, not just, let me throw Cajun spice on something and, ‘Here you go, Louisiana.’ So we can actually source Pacific Northwest seafood for our Northwest restaurants, grouper and mahi mahi for Florida, and even using local dairy farmers for some items. We have our suppliers for our cheese and chocolate, because those are our signature items, but there’s lots of flexibility in other areas.

We’re also working on giving guests more dining options. Sometimes it takes a long time to eat at The Melting Pot and that makes it more of a special occasion.

I’m thinking of dishes that are fully made in the kitchen [rather than eaten as fondue at the table] that can reduce some of those times. Maybe you want your cheese and your chocolate, but you don’t want to cook it yourself. We do offer a fully prepared salad course. There’s nothing stopping us from having other courses that are fully prepared in the kitchen without losing the fondue experience.

Also, there’s no reason why you can’t just come to the bar and have a chocolate or a cheese, or a cheese and a prepared entrée.

Won’t that add new complexities to the kitchen?

Absolutely, but that’s part of the reason why I’m here, to make sure it’s not too complex and that there aren’t any logistical issues that could easily crop up when you try to do something that you haven’t done for the past 30 years.

Correction: July 25, 2014  This story has been updated to reflect The Melting Pot's age and current menu offerings.