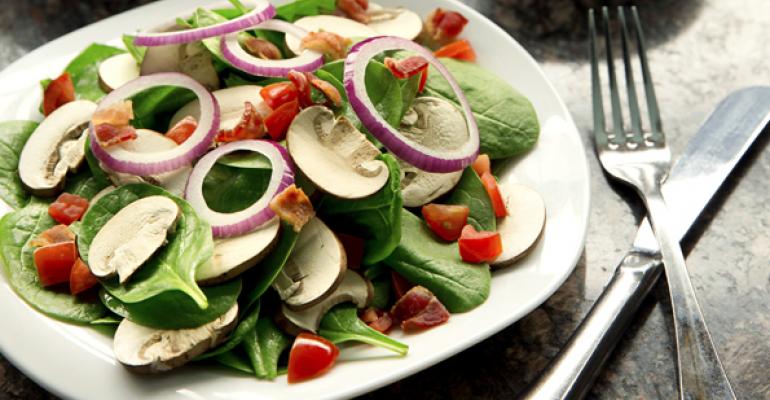 The Melting Pot has reworked its menu to focus on flexibility and value for customers.

The new menu puts more focus on a la carte items and less on The Melting Pot’s signature four-course dining experiences, said company president Mike Lester. The goal, in part, is to encourage guests to use the restaurant more frequently — not just for special occasions.

“A couple years ago we decided to launch a brand focus group study seeing what our consumers thought of The Melting Pot,” he said. "It was becoming evident that the consumer had changed and we wanted to know if their thoughts on The Melting Pot had changed as well.”

Lester added that customers' views had shifted away from fine dining and toward more casual options. “Many people enjoy all four courses at Melting Pot, and there was a misconception that that was all we had,” he said.

Customers want to be able to tailor their experience, he said, and the new menu allows them greater flexibility. “This new menu is all about a la carte options,” he noted.

The design of the menu itself has also changed, he said. The old menus were priced per couple, which made The Melting Pot feel more expensive. Although the prices haven’t changed, the revamped menu breaks out prices for individuals, highlighting the restaurant’s quality and value, he said.

A la carte, the menu prices Cheddar fondue at $7.95 per person, spinach artichoke fondue at $8.50 per person, seasoned angus sirloin at $23.95 and cold-water lobster tails at $29.95. The menu also features a section of salads including The Melting Pot House Salad made with romaine and iceberg lettuces, Cheddar cheese, egg and tomatoes for $5.25 per person. Because Melting Pot is franchised, these prices may vary slightly based on location.

The plating of the food has also changed. Now, instead of the four-course meals for two being plated together, they’re plated for individuals, allowing guests to customize their own meal.

The reworked menu was first introduced in January at Melting Pot’s more than 140 locations. “Knowing that the consumer has changed, there was a sense of urgency,” Lester noted. “We wanted to adapt our menu and present it to the consumer as quickly as possible. This was the earliest opportunity that we could roll this out. Fresh year, fresh menu.”

However, the company won't start marketing the new menu until Feb. 25, according to spokeswoman Alisha dos Santos.

The reason for the marketing and advertising delay is that Melting Pot executives wanted to get past one of the busiest days at the chain — Valentine’s Day — before focusing on officially promoting the new menu.

So far, the customer reaction to the menu has been “very positive,” Lester said.

“This new menu is easier to understand,” he said. “It’s functioning differently, but also it looks different. The graphics are much more appealing and easier to read.”

The Melting Pot is owned by Tampa-based Front Burner Brands Inc., the parent company of Burger 21 and GrillSmith.

Correction: Feb. 19, 2013 This story has been changed to reflect that menu prices vary slightly based on location, and that the spinach salad pictured is not a new menu item—rather a new plating technique.