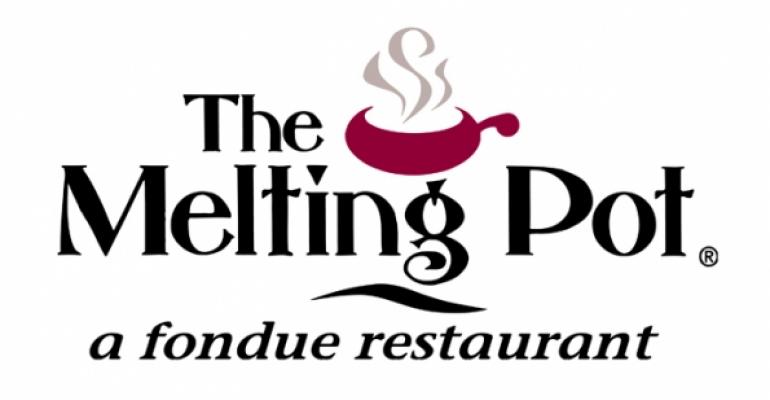 The Melting Pot: 'Be the Boss' boosts traffic, image

The brand is already feeling the impact of its Dec. 9 appearance on the A&E TV show

The Melting Pot officials say that the brand's recent participation in a new TV show on A&E, titled “Be The Boss,” provided a social media and image boost for the brand.

Although it’s too early to measure its economic impact, reactions to the show, which aired on Dec. 9, have been extremely positive from both guests and franchisees, said Bob Johnston, chief executive at Front Burner Brands, The Melting Pot’s parent company.

“Obviously we’re participating, first and foremost, because we want the publicity,” Johnston said the week prior to the show’s airing. “We think it’s going to be beneficial for the brand. It’s going to tell people about the Melting Pot in a way that no ad possibly could. It’s a 60-minute story that revolves around our concept.”

Johnston said that much of the initial feedback about the show came over social media. More than 690 tweets were sent on Dec. 9 with the “Be The Boss” hashtag. On Facebook, The Melting Pot received nearly 200 comments about the show, before, during and after the broadcast. In addition, the brand's website saw a 276-percent increase in page views on the day the show aired, he said.

He noted that being on the show helped promote The Melting Pot’s new menu, which will debut in mid-January, he said. “We’ve always been known for our big night out four-course packages, which was heavily emphasized on the menu,” Johnston said. “We’re unbundling that and allowing the guest to make decisions about what they want to do that night. Maybe it’s just a cheese fondue or a chocolate fondue.” 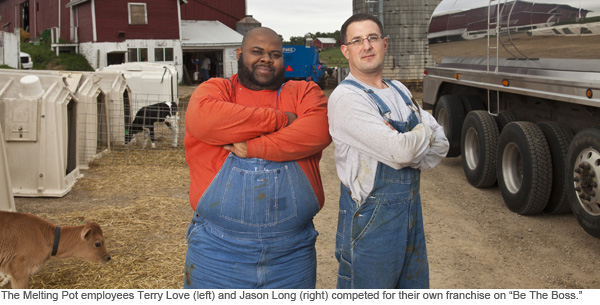 The idea is to bring guests in more often for more casual dinner and snack options. “Our customers have told us that if you do this for us, we’ll come more often,” he said. “It’s part of our strategy to drive traffic.

For the show “Be The Boss,” the management at a restaurant company chooses two “very deserving” team members to compete for what they’re told will be a big promotion within the company — one that represents a significant increase in pay and responsibility. What those two team members don’t know is that the winner is actually going to be given his or her own franchise.

“The big twist here is that there is no loser,” Johnston said. “One gets a promotion and the other is going to be surprised to learn that in actual fact they’re going to become a franchisee of the organization, which is something far beyond their financial capability to do on their own.”

The Melting Pot has 142 locations. Tampa-based Front Burner Brands is also the parent company of Burger 21 and GrillSmith.