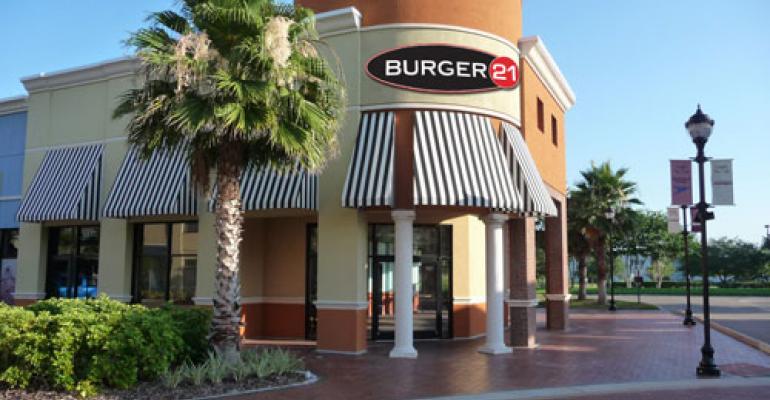 The Melting Pot's parent company said it is forming a new umbrella corporation to better reflect its growing portfolio of restaurants, including two new fast-casual concepts that will debut this fall.

The Tampa, Fla.-based Melting Pot, which operates or franchises 144 casual-dining fondue restaurants, said it developed the new brands, Burger 21 and Peel, in partnership with chef Chris Ponte of Café Ponte in Clearwater, Fla.

Burger 21 will offer 21 different types of burgers ranging from freshly ground beef to poultry to seafood, as well as hot dogs and salads. It also will feature a milkshake bar serving hand-dipped floats, malts and shakes.

At Peel, menu items will include freshly made soups, salads, pizzas sandwiches and pasta.

In addition to the two new concepts, Front Burner also plans to grow its six-unit GrillSmith chain, an upscale-casual concept specializing in New American cuisine that debuted in 2007. The six units currently open are located throughout the Tampa area.

The changes come as The Melting Pot brand celebrates its 35th anniversary and prepares to expand into Canada and Mexico. The chain has opened one restaurant in Edmonton, Canada, with six more in development in that region as well seven units in development in Mexico.