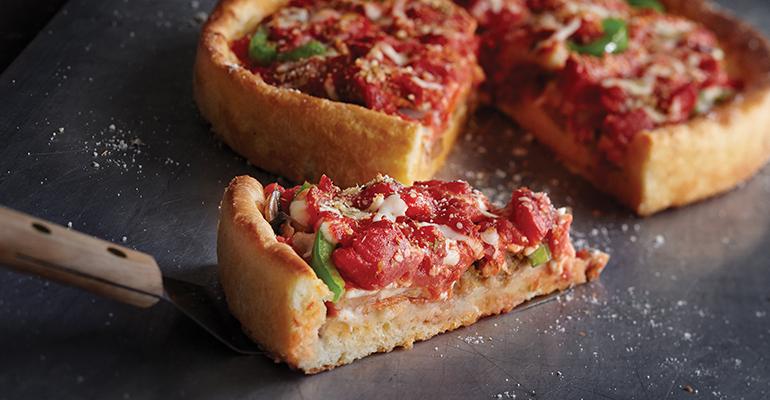 UNO Pizzeria & Grill
UNO Pizzeria & Grill has joined the many restaurant companies that are encouraging their employees to get vaccinated, and is taking the extra step of actually scheduling their appointments for them.
Coronavirus>Restaurants Ready

UNO Pizzeria & Grill has joined the many restaurant companies that are encouraging their employees to get vaccinated, and is taking the extra step of actually scheduling their appointments for them.

The Boston-based casual-dining chain, which has 90 company-owned and franchised locations in the U.S. and overseas, has created what it described as an “internal concierge system” to help workers secure and attend vaccine appointments. The service, staffed by volunteer employees, is offered in both English and Spanish, and is available to workers at company-owned restaurants, the UNO manufacturing facility and the company’s corporate office.

UNO is also offering a $50 gift card to every employee who get vaccinated.

“Our focus is on our employees who currently qualify but are having trouble securing a vaccine,” said Erik Frederick, CEO of UNO Pizzeria & Grill, in an email to Nation’s Restaurant News.

In a test it conducted last week at UNO Foods, the company’s frozen pizza plant in Brockton, Mass. — which is one of the areas that recorded a high rate of COVID-19 cases — UNO said it helped 87% of the employees secure vaccine appointments. Many of those workers had been eligible for some time but were unable to secure an appointment on their own, the company said.

Frederick said the company did not encounter any medical privacy issues in implementing the program.

“We only ask employees to identify if they qualify under their respective state guidelines,” he said. “Most states, Massachusetts in particular, do not require substantiation, but rather have people certify they are qualified.”

UNO’s vaccine concierge offers a range of services, including working with government agencies to secure appointments, sitting side-by-side with employees or hosting virtual sessions to help them navigate the various appointment sites, providing appointment reminders, and sharing updates to regulations and details on when new vaccine sites become available.

In addition UNO will reimburse employees for transportation to vaccine centers under certain circumstances, if they cannot get there on their own.

The company does not have enough employees at each of its locations to offer on-site workplace vaccination programs, Frederick said. He said he’s hopeful other companies follow UNO’s example.

"Our employees are everything to us, and we want to continue to put their health and safety first by making the process to secure a vaccine less cumbersome and daunting,” Frederick said. “We hope that every restaurant and food manufacturing company can help their employees in the same way.”

Similar to UNO, Silver Diner, which operates 19 restaurants in the Mid-Atlantic region, has created a position called “vaccine czar” to help its employees schedule vaccine appointments, according to a report in the Washingtonian. The Rockville, Md.-based chain is also offering $40 American Express gift cards to employees who choose to get the vaccine.

Several other restaurant companies are incentivizing employees to get vaccinated by offering paid time off, including Darden Restaurants and McDonald’s Corp., both of which are offering four hours of paid time off for workers who get vaccinated, and Shake Shack, which is offering six hours.

Krispy Kreme is also among the restaurant companies offering four hours of paid time off to its workers who get vaccinated.