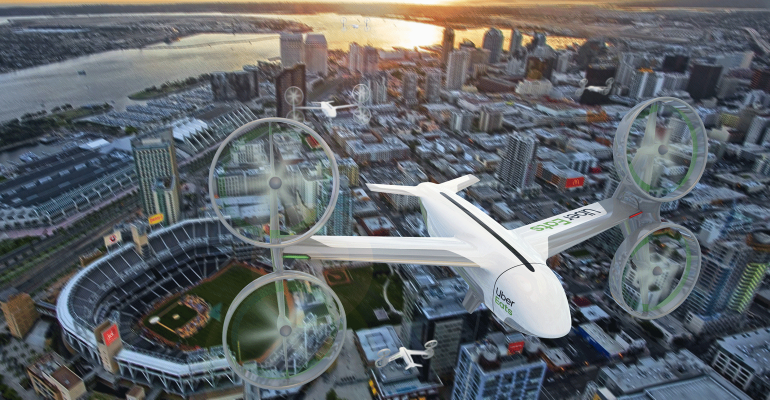 The Ann Arbor, Mich.-based pizza chain has conducted autonomous self-driving tests in Ann Arbor, Miami and Las Vegas. However, those tests involved self-driving passenger vehicles.  In Houston, the company plans to experiment for the first time with an unmanned self-driving vehicle built specifically to carry goods.

Domino’s is working with Nuro, a robotics company known for its “R2” autonomous vehicle. The test will launch later this year.

The tech team will be look at how the R2 vehicle navigates in a big city versus a larger passenger vehicle, she said. The unmanned fleet will serve online customers in select areas of Houston. 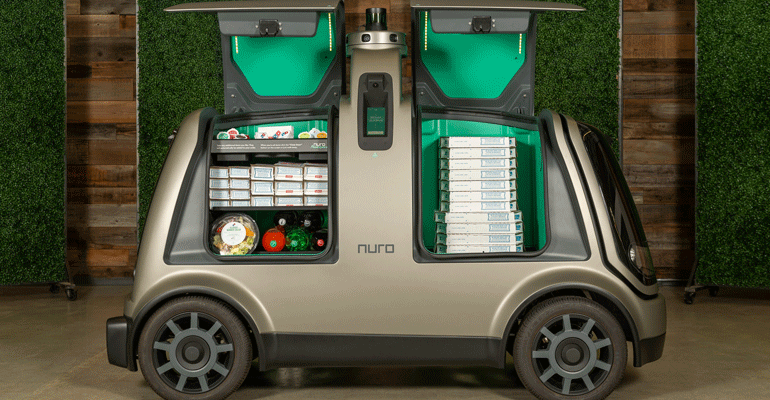 Nuro’s autonomous delivery operations have “safely and successfully” been running in the Houston area since March 2019, including testing with Kroger, Domino’s said.

“The opportunity to bring our customers the choice of an unmanned delivery experience, and our operators an additional delivery solution during a busy store rush, is an important part of our autonomous vehicle testing,” Vasconi said in a statement.

Customers testing the R2 delivery in Houston will be able to track the vehicle using the Domino’s app. Once the pizza arrives, they will be given a PIN code to unlock the compartment to get their pizza.

Domino’s isn’t the only brand testing autonomous delivery. Pizza Hut and retailers Walmart, Target and Walgreens are planning to launch an experiment later this year using FedEx SameDay Bot. The autonomous rover is designed to travel on sidewalks, bumpy roads and steps.

Postmates and DoorDash also have plans to test autonomous delivery this year in California.

The ride-sharing company was selected last year by the Federal Aviation Administration to work with the City of San Diego on a commercial drone delivery pilot program. Uber began testing its new airspace management system, dubbed Uber Elevate, with Uber Eats partner McDonald’s Corp. in May. Uber Elevate tracks and guides all drone flights to take off, fly and land independently.

Initial testing with a McDonald’s restaurant in San Diego is over. Next up is Juniper & Ivy. 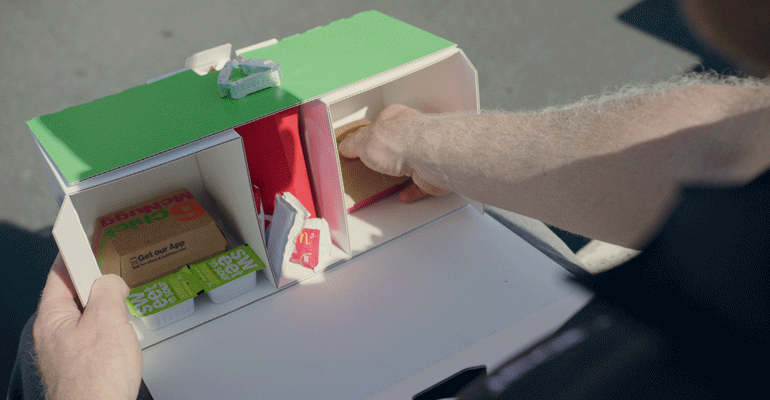 A McDonald’s meal is packed for drone delivery by Uber.

But don’t expect roasted duck to be delivered directly to a diner’s doorstep or back yard.

Uber said testing is being done in high-density urban areas, where most people do not have backyards or areas outside of their home where a drone can safely land. Instead, drones work with Uber’s vast delivery network. Elevate notifies a nearby Uber vehicle to meet the drone at a drop-off location close to the customer to ensure orders are picked up safely and hand delivered, the company said.

Eventually, Uber said the goal is to have drones “land safely and securely atop parked [Uber] vehicles located near each delivery location.”

From there, the Uber Eats driver will deliver the order.

At Juniper & Ivy, a restaurant representative said the test will not include the full menu. Instead, the restaurant plans to offer its specialty burger for drone delivery. 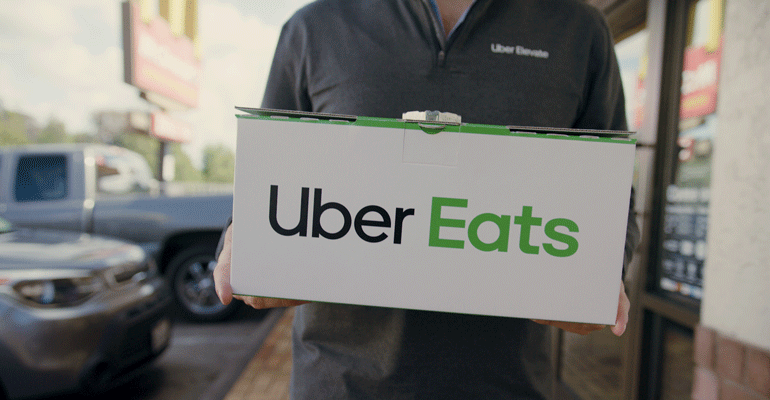 “We’ve been working closely with the FAA to ensure that we’re meeting requirements and prioritizing safety,” said Luke Fischer, head of flight operations at Uber Elevate, in a statement. “From there, our goal is to expand Uber Eats drone delivery so we can provide more options to more people at the tap of a button. We believe that Uber is uniquely positioned to take on this challenge as we’re able to leverage the Uber Eats network of restaurant partners and delivery partners as well as the aviation experience and technology of Uber Elevate.”

Data from the two-year testing phase, which includes other drone companies throughout the U.S., will be used to build FAA guidelines for safely integrating drones into the national airspace.

San Francisco-based Allset, which works with chains such as BJ's Restaurants and Brewhouse and Buffalo Wild Wings, has added a pick-up option to its app.

The food pre-ordering app normally allows diners to order a meal ahead of time for dine-in only service. Meals are ready within minutes of a diner’s arrival. Everything is paid through the app, so diners can leave without waiting for a bill.

Now, the startup company said it is allowing diners to order for both dine-in and pickup meals. 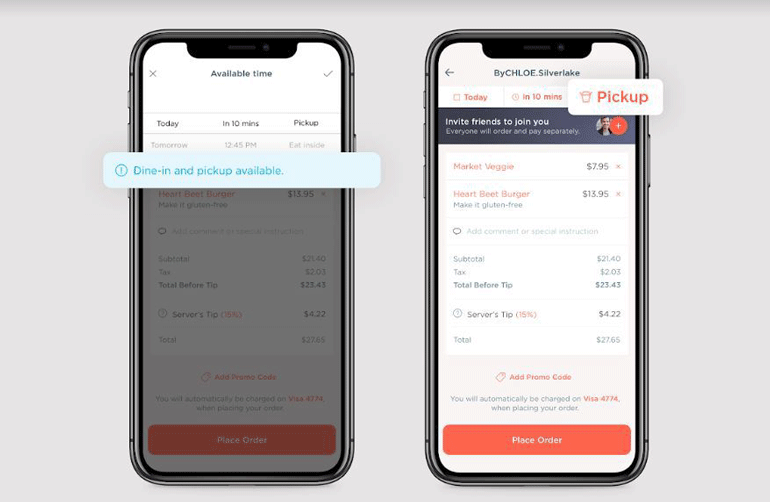 Demand for pickup prompted the company to add a mobile order and pay ahead feature, a type of service offered by bigger players such as Grubhub and ChowNow.

"We love and encourage the idea of dining out. However, our users' demand for takeaway food remains high,” said Stas Matviyenko, Allset’s founder and CEO, in a statement. “Now everyone who uses Allset can choose whether they want to pick up their food or enjoy a quick dine-in meal inside the restaurant. With this update, Allset will be the only food ordering app that offers both dine-in and pickup options to diners.”

Allset works with more than 2,000 restaurants in the U.S. The company said 90% of them are taking advantage of the pickup service including BJ’s, Buffalo Wild Wings, Subway, Pokéworks, Freshii, Daphne’s Mediterranean and The Halal Guys.

The service comes at no extra cost to restaurants, which typically pay a 15% Allset commission per order.