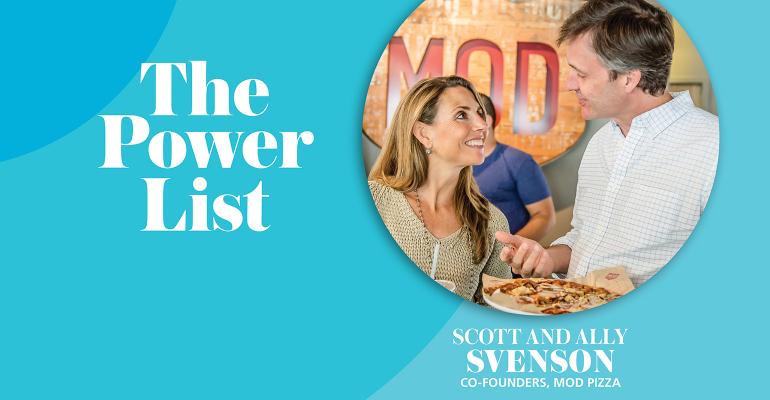 Meet the innovative, inclusive and industry changing leaders on the 2021 NRN

MOD Pizza has prided itself on being a “people-first” company since its founding in Seattle in 2008. Between hiring the formerly incarcerated, at-risk youth and those with intellectual and developmental disabilities, to accepting ideas from every level of the team, co-founders Scott and Ally Svenson have built their business around that vision.

The Svensons (Scott serves as CEO of MOD while Ally’s role is Protector of the Purpose) believe in giving everyone a chance, no matter their circumstances, and it has made MOD a desirable place to work for its inclusiveness and propensity for promoting from within.

Part of the people-first culture at MOD is “wide boulevards and high curves,” meaning employees are given freedom to make their own decisions, within limits.

“We’re all about equality of opportunity, which does not mean we believe in equality of outcomes,” said Scott Svenson at Restaurants Rise Powered by MUFSO in 2020. “The outcome is up to you. We provide the field for you to play on, the research training and support. If you want to be a starter, you have to show up and play the game.”

The 500-unit fast-casual pizza chain has seen astronomical growth since its founding 12 years ago. With that growth has come an investment in underdeveloped communities to create jobs.

“These stores may not be as economically viable, but we have to balance economics with our social impact,” said Svenson.