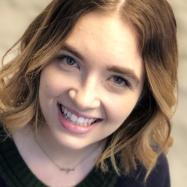 Restaurants pivot to groceries and meal kits to save business during the COVID-19 pandemic
Mar 20, 2020
As dining rooms empty, restaurants, like Founding Farmers, set up markets to feed consumers

How the delivery rules have changed in the time of coronavirus
Mar 20, 2020
In this week’s episode of Extra Serving, Holly Petre sits down with Nation’s Restaurant News editor Gloria Dawson to talk about third-party delivery marketplaces and the ways they’ve been helping and hurting...

A year of women on the move: 35 restaurant executives who started new jobs
Mar 19, 2020
As a follow up to the 2019 Power List, Nation’s Restaurant News tracked women who have been appointed to C-suite and executive roles since January

With the pandemic around COVID-19, restaurants like McDonald’s, Starbucks have introduced new sick leave policies
Mar 13, 2020
While some chains are changing policies, Chipotle is one that, so far, hasn’t