/sites/all/themes/penton_subtheme_nrn/images/logos/footer.png
Recent
Recent
NRN editors discuss KFC’s new wraps, McDonald’s earnings and marketing, and TikTok
Feb 03, 2023
January was a strong month for restaurant hiring
Feb 03, 2023
Why data is crucial for both guests and employees, Freddy’s COO says
Feb 03, 2023
What the future of equipment looks like
Feb 03, 2023
How USHG committed to its journey on diversity
Feb 02, 2023
Featured
The emergence of mocktails
Jan 23, 2023
36 restaurant industry predictions for 2023
Dec 21, 2022
10 restaurant chains making waves in the breakfast space
Dec 14, 2022
How eco-friendly Seattle restaurant chain Just Poke is doubling in size in 2022
Nov 17, 2022
Papa John's
brought to you by

The executive comes from Arby’s 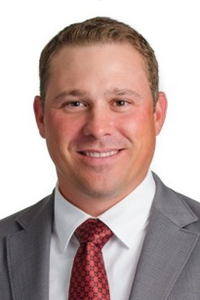 Papa John’s International Inc. on Tuesday announced the appointment of a new president and CEO. Rob Lynch (left) comes to the pizza brand from Arby’s where he served as president since 2017. Lynch replaces Steve Ritchie who was on the job since July of 2015.

“I am thrilled to welcome Rob to Papa John’s at this pivotal moment in the company’s history,” said Jeff Smith, chairman of the Papa John’s board of directors.

“His proven record transforming organizations and realizing the growth potential of differentiated brands is ideally suited for Papa John’s as the company sets forth on its next chapter. I would also like to thank Steve Ritchie for his steady leadership as CEO over the past year and a half. Papa John’s is stronger today because of Steve’s good work stabilizing the company, and our business continues to perform on plan. We are all grateful for his dedication and contribution to the company for more than 20 years and wish him success in the future.”

In his new role, Lynch has his work cut out for him.

John Schnatter, who had long been the face of Louisville, Ky.-based Papa John’s, had a very public fall from grace last year amid accusations of using a racial slur and making other inflammatory comments. Since then he has stepped down as CEO and the board, but the chain has continued to struggle.

The brand’s turnaround efforts have included putting $80 million toward financial assistance for troubled domestic franchisees and naming. And a partnership with retired basketball star Shaquille O’Neal, which includes marketing deals and O’Neal investing in nine Atlanta-area Papa John’s restaurants in a joint venture.

“I am humbled and excited by the opportunity to work with this outstanding team to help make Papa John’s the best pizza company in the world,” Lynch said in a statement. He played a leading role in turning around Arby’s when he was head of marketing before assending to the role of president. Jim Taylor has been promoted from chief marketing officer to president of Arby’s replacing Lynch.

“Papa John’s has the most loved pizza in the industry, incredibly dedicated team members and franchisees that have proven their resilience and commitment, and a long history of innovation that puts the company at the front of where the foodservice industry is going. I look forward to building on these strengths, working with Papa John’s team members, franchisees and business partners. I absolutely believe that Papa John’s best days are ahead.”

Papa John’s has over 5,000 locations worldwide.