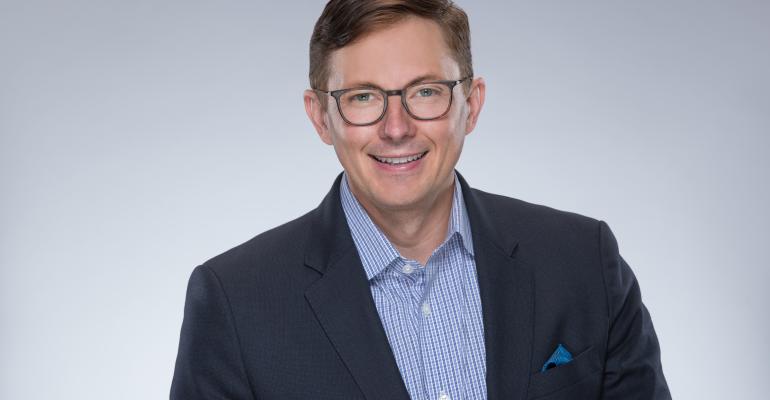 Jim Taylor has been promoted from chief marketing officer to president of Arby’s, replacing Rob Lynch, who left to be the CEO of Papa John’s, Arby’s parent company Inspire Brands said Tuesday.

He will report directly to Inspire CEO Paul Brown.

“One of the many strengths of Inspire is our development of future leaders, and we are thrilled to have Jim lead Arby’s,” Brown said in a release announcing Taylor’s appointment. “During Jim’s time at Arby’s, he has helped introduce one of the most dynamic and innovative product pipelines in our industry and has a proven track record of driving strong sales for the brand. The Arby’s business, our team members, and franchisees, are in great hands with Jim at the helm.”

“It’s an honor to lead Arby’s and continue to build on our strong foundation,” Taylor said. “Over the past several years, we’ve achieved record-level sales and unit growth, welcomed millions of new guests to our restaurants, and developed an incredibly strong franchisee community. I look forward to continuing this momentum to help Arby’s reach even greater heights.”

Related: Arby's: 'We Have The Megetables'

Taylor has been with Arby’s, based in Atlanta, for five years — two years as CMO and three years in two senior vice president roles, first as SVP of enterprise strategy, innovation and marketing and then as SVP of brand advertising and activation. Before that he held executive roles at Darden Restaurants for nearly four years, following 15 years at Proctor & Gamble.

Inspire Brands, which is majority-owned by affiliates of Roark Capital, also owns Buffalo Wild Wings, Sonic Drive-In and Rusty Taco, which altogether have more than 8,400 locations.

There are more than 3,400 Arby’s restaurants in eight countries.

This story has been updated to clarify the relationship between Inspire Brands and Roark Capital.
TAGS: People
0 comments
Hide comments
Related
Sponsored