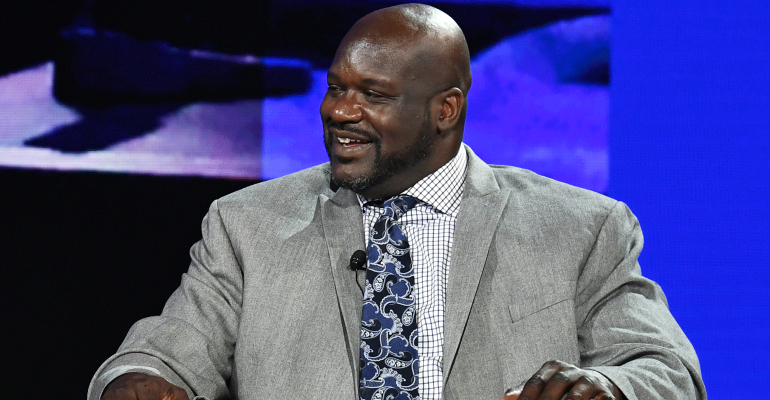 The agreement also calls for extensions for one-year periods if both parties agree.

As part of the agreement, O’Neal has invested $840,000 in nine Atlanta-area Papa John’s restaurants in a joint venture that would give the ex-NBA star 30% ownership over the restaurants.

One of the “Shaq stores” near the Georgia Institute of Technology campus has been newly remodeled with O’Neal-inspired design details like basketball wall art and a mold of his size 22 footprints by the door. The store will even have a custom “444-SHAQ” phone number. “I am thrilled to be taking my investment in Papa John’s to the next level,” O’Neal said in a statement. “My investment shows my commitment to the company and was a natural fit. I’ve been a fan of Papa John’s pizza since my days playing basketball at LSU [Louisiana State University]. I could not be prouder of what we have in store for Atlanta as we strive to deliver the city a great pizza experience.”

The endorsement agreement was originally signed and made effective on March 15 when Papa John’s announced that the retired basketball player would join its executive board. At the time, CEO Steve Ritchie said that O’Neal would be serving as a brand ambassador and would invest in the Atlanta-area restaurants.

“Shaquille’s experience in the restaurant industry and his love for our products make him a welcome addition to our team,” Ritchie said in a statement.

The partnership with O’Neal reflects the cultural and diversity changes Papa John’s has initiated, as the company continues to distance itself from the controversial racist words and actions of former CEO and board member John Schnatter. Schnatter has been slowly selling his stock in the company, and as of May 23, has trimmed his shares in Papa John’s from 31% to less than 19%.