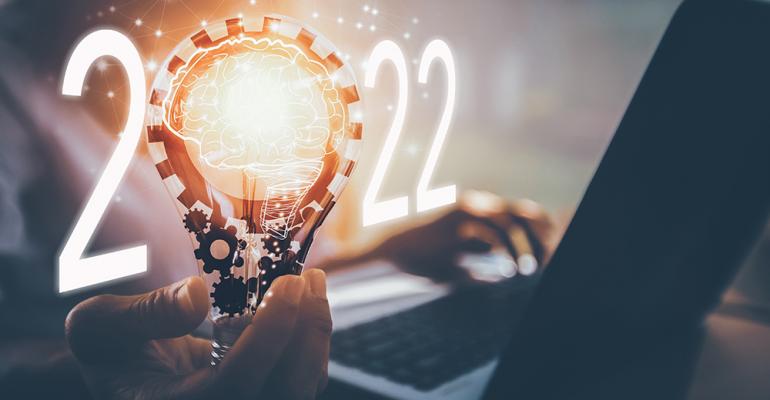 Plus my dinner at Fig & Olive

We still say that, right? And wish it, I suppose. Hope springs eternal, after all, and despite the social-media memes that point out that “2022” sounds like “2020 too” — or maybe 2020 II, the sequel — chances seem not terrible that this will be the best year of the 2020s so far, given what we’re comparing it to.

Related: My messed up hand and the best bars

For years I’ve been trying, as a reporter, to get health clubs to tell me how long members who join as part of their new year’s resolution actually show up, and they don’t want to tell me.

Related: I’m back: A food writer and his diary emerge from quarantine

“What do you mean? People join and it changes their life!” they say, or something like that.

But I actually joined a gym in September and have been going pretty much every day — masking up if it’s crowded since the omicron surge started — so as a member rather than as I journalist I asked the manager.

“Just through January,” he said.

I thought it would be more like three weeks, but maybe I’m excessively skeptical about people’s ability to change, even though I have lost a few pounds and, if I use my imagination, I can see my triceps now.

Anyway, I learned how long people generally keep their resolutions to exercise more.

I’m not sure if people keep their resolutions to eat better for much longer than that, or less. I have heard on occasion that restaurants with health halos — specializing in salads or grain bowls etc. — tend to be busier earlier in the week and then customers apparently give up and have fried chicken, burgers, fries and shakes on Friday.

So the idea that people will last even for a month eating more healthily makes me skeptical.

But chain restaurants are certainly rolling out the better-for-you items.

Chipotle also has introduced vegan chorizo, made out of pea protein. That’s not necessarily better for you, but many people are under the impression that plant-based protein is more healthful than meat — Blaze Pizza chef Brad Kent told me that in one of my favorite podcasts from last year — although it really depends.

Blaze, for its part, is testing non-dairy, keto-diet friendly Prime Kitchen Ranch Dressing, to be drizzled onto pizza, at 28 locations during the first two weeks of the year.

Do those sound like they’re good for you? They shouldn’t, but hey, whatever gets you through the day. And they’re almost certainly better for the environment, and that’s great.

Oh, and let’s not forget the Beyond Fried Chicken that KFC rolled out nationwide as a limited-time offer.

Other chains are not signaling for health or virtue. They’re just rolling out food they think their guests will like, like the new half-pound burgers at Frisch’s Big Boy, the mac & cheese tacos at I Heart Mac & Cheese, or the fried bologna sandwiches at Jack’s Family Restaurants.

Obviously, you can catch up on all of this whenever you like by checking out my weekly Menu Tracker column.

I’ve learned other things, too. Earlier this week I had dinner at Fig & Olive, a six-unit Mediterranean chain that recently brought on Alain Allegretti as its new partner and culinary director.

That’s a good get. Allegretti first arrived in New York in 2000 to be co-executive chef of Le Cirque, which was one of the hottest restaurants in the city at the time.

Allegretti grew up in the South of France, where, unlike in the United States, the produce is grown to taste good rather than to ship well or have a good shelf life. Eating vegetables in France and Italy sometimes makes me angry that our own produce isn’t better.

After my meal Allegretti came out to chat and I asked him how he makes his food taste the way he wants when the ingredients he uses here are so different.

He said you just have to take the time to cook the vegetables longer. Something like ratatouille that can be made fairly quickly with southern French produce requires longer cooking at a lower temperature. If you take the time, you can coax the same flavors out.

I had no idea. So that’s another new thing I learned.

In the old days, I would end many Food Writer’s Diary entries by letting readers know what I ate at the restaurants I visited. I’m reviving that custom now.

Four crostini: one with butter, breakfast radish, roasted peppers and boquerones; one with prosciutto, manchego cheese, fig jam and spicy almonds; one with confit caramelized onions and goat cheese; and one with burrata, roasted cherry tomatoes, pesto and toasted pine nuts

Ratatouille Niçoise with a sunny-side-up egg and tapenade