Alain Allegretti has been named partner and culinary director of the Fig & Olive Restaurant Group, based in New York City. The native of the South of France trained under such chefs as Jacques Maximin at Le Chantecler in Nice, France, and Alain Ducasse at Le Louis XV in Monte Carlo. He arrived in New York City in 2000 as co-executive chef of Le Cirque and went on to be executive chef of Atelier at the Ritz-Carlton in that city. He opened his own restaurant, Allegretti, in 2008, as well as Le Promenade des Anglais in 2011.

In 2012 he opened Azure by Allegretti in Atlantic City.

Kelsi Armijo is the new executive chef of the Hermitage Hotel in Nashville, where she is working under Jean-Georges Vongerichten to develop two new restaurants, Drusie & Darr and The Pink Hermit, as well as running the hotel’s other culinary operations. Most recently she was executive chef of The Peninsula Beverly Hills, where she spent nearly six years. Before that she worked in Las Vegas at L’Atelier de Joël Robuchon and, before that, at Sage with chef Shawn McClain. She started her career on the opening team of Jean-Georges Steakhouse at Aria, also in Las Vegas

Kenneth Arneson is the new executive chef of the Adero Scottsdale hotel in Arizona. Most recently he was executive chef of Canopy Hotel by Hilton Tempe Downtown. He also led the opening of California restaurants Matisse in Hawthorn, House of Blues in Anaheim and Shady Canyon Golf Club in Irvine, as well as Circa in Seattle.

Alvin Cailan, the founder of Eggslut in Los Angeles, has joined the team at Umami Burger, a casual-dining subsidiary of C3 based in Miami, where he is revamping the menu as C3 plans to expand the chain across the country via its Citizens food halls.

Cailan began his career working under big-name chefs Matt Lightner and David Lefebre before launching Eggslut in 2011. He was the host and star of First We Feast’s web series The Burger Show, and in early 2020 he opened Amboy Quality Meats & Delicious Burgers in Los Angeles.

Dameon Evers is the new executive chef of the recently reopened Le Cirque in Las Vegas. The Los Angeles native started out as chef de partie of restaurant Gordon Ramsay in West Hollywood, Calif., and went on to work on the openings of other Los Angeles-area restaurants including Michael Mina 14, Maude and Bourbon Steak. He then spent eight years as senior sous chef of Bouchon Beverly Hills.

Before joining Le Cirque he was executive chef of Angler Restaurant, with locations in Los Angeles and San Francisco.

Diego Fernandez is the new executive chef of Noelle Nashville. He started his career by opening Starfish restaurant with his father in San Antonio, Texas in 2014 and went on to work in big-name kitchens including Quince in San Francisco and Alinea in Chicago. In 2019 he became executive chef of The French Room at the Adolphus hotel in Dallas, which like Noelle is part of the Makeready hospitality group. Before taking on his current role he had a brief stint as executive chef of Big Sky at the Lone Mountain Ranch in Big Sky, Mont.

McCoy has a long career working in restaurants in Chicago, New Orleans and New York City, including Blackbird, Charlie Trotter’s, Emeril’s, Craft and A Voce. She is the author of two cookbooks: Modern Eclairs and Desserts for Every Season.

Robert McGrattan is the new executive chef of Hotel Bennett, a Salamander Hotels & Resorts property in Charleston, S.C. Most recently the executive chef of The Sagamore Pendry Baltimore, he previously was executive sous chef at the Peabody Memphis.

Mike Minor is the new executive chef of the La Jolla Beach & Tennis Club. He spent 10 years working at Susan Feniger and Mary Sue Milliken’s Border Grill at the Mandalay Bay Resort and Casino in Las Vegas, leaving in 2014 to operate his own food truck, TruckUBarbecue, before joining Chica, the Lorena Garcia restaurant in Las Vegas, as executive chef. He returned to Border Grill in 2017 and helped launch their fast-casual concept BBQ Mexicana. He has appeared on Chopped and Chef Wanted on the Food Network and Big Bad Barbecue Brawl on the Cooking Channel.

Adam Resnick, who has spent the past five years as executive sous chef of Bambara at the Kimpton Marlowe Hotel in Cambridge, Mass., is now heading up that kitchen and is also the new executive chef of the whole hotel.

Resnick first joined Bambara as a line cook and worked his way up to p.m. sous chef in just one year before becoming chef of Nine Zero’s Highball Lounge in Boston, another Kimpton property, where he worked from 2014 to 2016 before returning to Bambara.

Alexander Robinson is the new executive chef of Terra Tempe Kitchen & Spirits at the Westin Tempe in Arizona. Past experience of the Los Angeles native includes stints at the Royal Palms Resort and Spa in Scottsdale, Ariz.; Four Seasons Hotels & Resorts properties in Boston, Denver, Scottsdale and Jackson Hole, Wyo.; and Ritz-Carlton hotels in Chicago and Laguna Niguel, Calif. Most recently he was at the We-Ko-Pa Casino & Resort in Scottsdale.

Cory Rom is the tasting room & restaurant chef for Willamette Valley Vineyards, overseeing the winery’s culinary program and operations of new locations in the Oregon communities of Lake Oswego, Happy Valley and Bend as well as Vancouver, Wash. Most recently he operated Cascade Fare restaurant in Portland, Ore.

Sean Michael Runyon is the new chef of 1 Pico at Shutters on the Beach in Santa Monica, Calif. Most recently chef de cuisine for the Discovery Land private clubs in the Bahamas, he previously was sous chef of The Peninsula Beverly Hills and chef tournant for Nobu Malibu and Nikita Malibu.

Antonio Salvatore has been named chef and partner of Atlantic Grill and Casa Limone, both part of the Monte Carlo Hospitality Group in New York City. He also heads up Rampoldi restaurant in Monaco. Although Atlantic Grill is a longstanding restaurant on the city’s Upper East Side, Casa Limone is new and reflects Salvatore’s upbringing in the southern Italian region of Basilicata.

Juan Pablo Silva is the new executive chef of Bacchus Kitchen & Bar at the Hotel Vin in Grapevine, Texas. His résumé includes work at Four Seasons properties in Palm Beach, Calif., and Beirut, Lebanon, the Sheraton Abu Dhabi Hotel & Resort in the United Arab Emirates and the Ritz-Carlton in Dallas.

Thomas Tuggle is the new executive chef of The Harpeth Hotel, a Curio Collection by Hilton and Valor Hospitality Partners property in Franklin, Tenn.

Tuggle spent the past five years leading culinary operations at the Park Hyatt Aviana in San Diego, having risen from the positions of banquet chef and chef de cuisine.

Brendalee Vialpondo is the new executive chef of Timber Coves Resort in Jenner, Calif. Most recently she was executive chef of Bodega Bay Lodge on California’s Sonoma Coast, and before that she was sous chef at Torc in Napa and chef de partie at Julian Serrano Restaurant and L’Atelier de Joël Robuchon, both in Las Vegas. 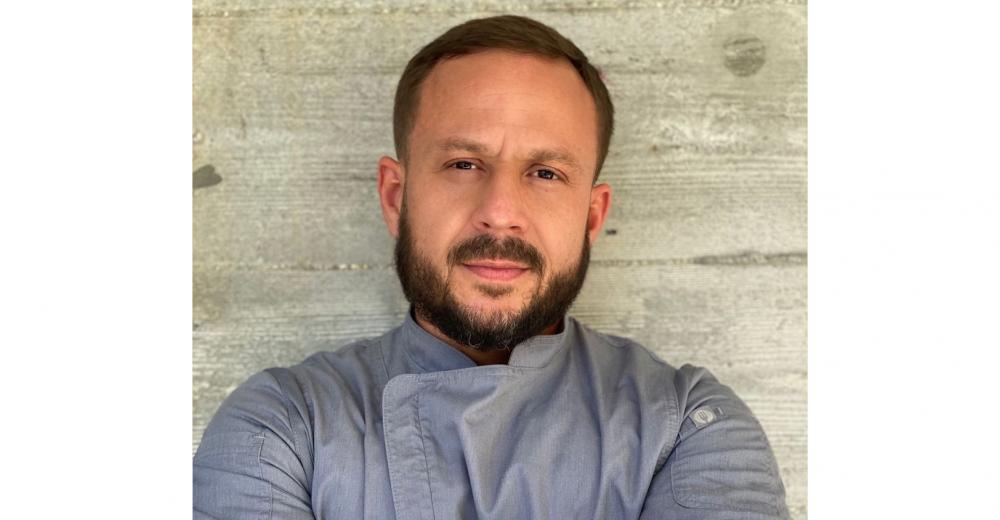