/sites/all/themes/penton_subtheme_nrn/images/logos/footer.png
Recent
Recent
The Wealthy Franchisee: A critical mistake to avoid when hiring
May 17, 2022
French desserts take on East Asian flavors such as ube, guava and champorado
May 17, 2022
Clean Juice names Tripp Setliff as new chief operating officer
May 17, 2022
5 new restaurants to try in Chicago
May 16, 2022
KFC U.S. president Kevin Hochman departs Yum Brands
May 16, 2022
Featured
Meet 4 emerging NYC concepts
May 16, 2022
Menu Tracker: New items from Starbucks, Subway and Panera
May 12, 2022
Memphis Seoul brings Korean BBQ and Southern cooking to Brooklyn
May 11, 2022
Executives on the move: 13 restaurant leaders with new positions in April
May 03, 2022
Food Writer’s Diary
brought to you by 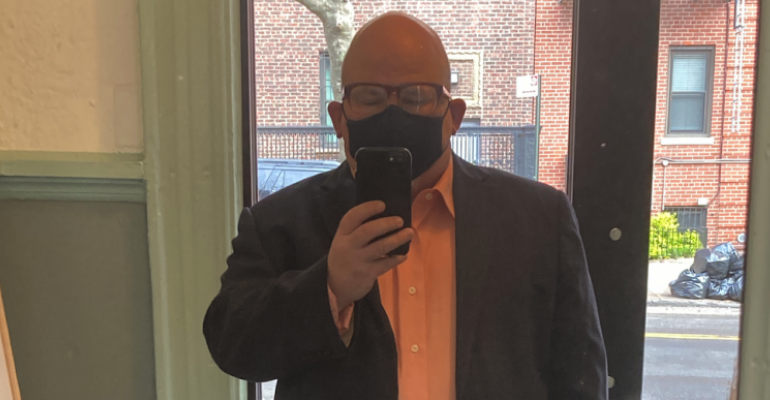 I’m back: A food writer and his diary emerge from quarantine

As a professional writer, I never really know who my audience is. I know that some of you are friends (Hey JB) or their kids (Hello Jackson) or my niece (Oh hi, Tahirah), but since I work for foodservice trade publications I assume that most of you are restaurateurs, which means that you have probably been scrambling for much of the past 17 months, responding to each new government regulation, trying to keep your staff and customers happy, your bills paid and your own brain functioning in a way that can at least pass as sanity.

And I’ve been reporting on that from my cluttered, messy studio apartment in Brooklyn, N.Y. For 13 months I pretty much stayed inside, learning all the strategies of working remotely, cooking with groceries that I had delivered and drinking more than my fair share of alcohol as I witnessed, from a distance, the collapse and then the struggling, furtive rebirth of large parts of society, including many restaurants.

I don’t want to talk about that anymore, and you probably don’t want to read about it (but if you do, The Counter was good enough to interview me about it).

Related: The sustainability question: How much do customers care, and what should restaurants do about it?

Not back to the office; in retrospect the morning commute to Midtown Manhattan was always a stupid idea, and now that our parent company has jumped on the bandwagon in downsizing its office space, the daily crush on the subway is over for me. Thank God.

But I’m out and about again. Thanks to a couple of manageable comorbidities I got my second dose of the Moderna vaccine on March 26 and I made reservations to go out to dinner 15 days later, on April 9. 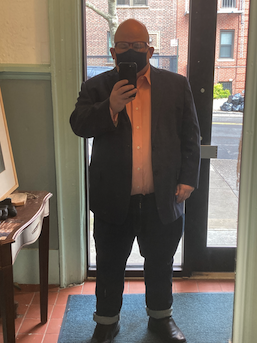 I went to a Tuscan restaurant two blocks from my Park Slope apartment called Scottadito, let them take my temperature as I filled out my information for contact tracing, ate a green salad and the Sunday Gravy special with paccheri pasta, drank a carafe of rosso di Montepulciano and then went home and crawled into bed because it was too much food.

But I got the hang of it soon enough, and to my surprise it all seemed normal, as if the past year of sitting at home alone had been erased. It took about a minute and a half to figure out how to order and pay using QR codes and then I was off, eating hanger steak with arugula at Al di La, curried goat at Negril, birria tacos at Tiny’s Cantina.

The mask protocols were weird, though. They’re still weird. Masked servers would approach my table, so I’d pull my mask up. It just seemed polite. Anyone who has been paying attention since spring of 2020 knows that you wear masks to protect others far more than to protect yourself. If a server is going to do me the kindness of wearing a mask, I shall return that courtesy, even if the server is required to do so by law and I’m not.

But the other customers seemed to just babble away maskless at the human beings who were bringing them food and drink. I asked a server about it and he just shrugged it off: He was vaccinated, all his coworkers were vaccinated and customers were customers.

Al di La took the interesting approach of serving all of its food in takeout containers, even for people dining at the restaurant, although proper plates and silverware were provided, too. 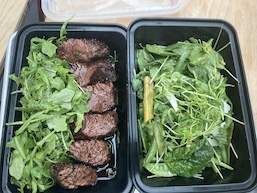 Sure, it lacks a certain panache, but I understood the strategy; most guests were going to ask for containers for leftovers, anyway. Why not eliminate a step?

I realized that Park Slope was actually pretty cool and that, to my embarrassment, although I’d resided there for 22 years, I’d never really lived there.

I used to commute to Midtown every weekday, and my evenings were mostly spent eating and drinking at trendy spots throughout the city, few of which are in my neighborhood, which had been gentrified too long ago to attract hipsters anymore. So on weekends I’d go home, lock the door and recover from the week, maybe venturing to the Grand Army Plaza farmers market to forage for produce to cook, and possibly ordering pizza from Antonio’s or ma po tofu from Authentic Szechuan Tofu on 5th (terrible name; above average food).

But now my office is here, and I’m tired of cooking and I need exercise anyway, so I’m finding miraculous places to eat and drink here.

Park Slope, I have to admit, is not a great restaurant neighborhood, but there’s some very good food here, some of which I just mentioned. But I also need to give a shout out to Piquant in Prospect Heights, the next neighborhood over, which has a quietly remarkable brunch with items like Eggs San Salvador — a pupusa with spiced black beans, chimichurri and hollandaise under a couple of perfectly poached eggs (not cooked sous-vide to 65 degrees Celsius, but poached goddammit) — but you have to get there before noon.

I wandered in there, sat at the bar, ordered and sensed an earie tension. The bartender was answering the phone curtly, telling whoever was on the other end that brunch was first-come, first-served. He had hushed but fierce conversations with the manager about inventory.

I looked around. There were people at two other tables. I had no idea what the fuss was about until the line of waiting customers began to snake outside at noon.

Yes, business is back in New York City. Not everywhere, of course; Midtown needs to reinvent itself because I’m not the only office worker who’s not going back. But wails of despair about the city’s demise had always been overblown and stupid.

And as I said, I’m back too, but differently. Now I’m spending the money that I saved during lockdown at local places. I don’t want to go to trendy restaurants. I will; it’s part of my job, and I already have ventured out to some openings. But I have fallen in love with local spots in my area, where they don’t care that I’m a food writer. I’m a regular at at least two bars in my neighborhood (arguably four, possibly five, but definitely two), which you’ll be reading about in future entries of this, the resurrected Food Writer’s Diary.

That’s a blog I started in 2005 that recounted my journeys and observations of the restaurant scene. I’m doing that again now, but this isn’t a blog, for the very simple reason that blogs are passé. It’s just me, going out and writing about it.

As restaurants re-emerge, sometimes completely reinvented, sometimes just better at takeout and delivery, I have re-emerged too, but more as a customer than as a journalist, which I hope makes me better at my job, too.

A word of note: I know I just plugged a few restaurants, but don’t expect me to make a habit of recommending places or critiquing the food. I write about trends; it’s not my job to say whether something’s good or bad, but rather just to report on what it is.

So as I said in the introduction of my very first blog, “please take my observations for what they’re worth, comment if you want to, and make your own judgments when eating out.”