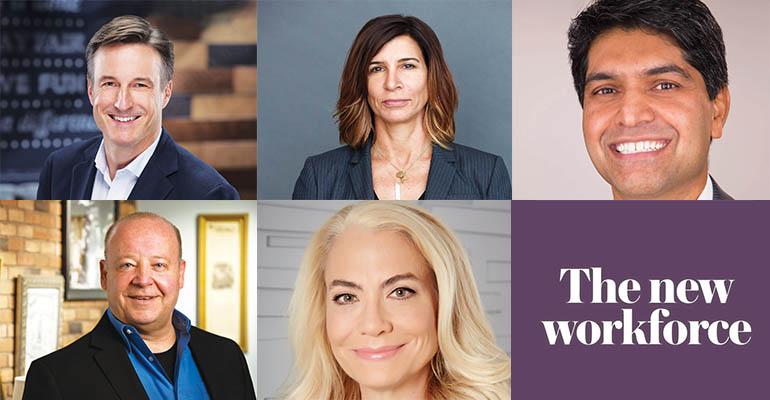 C-suites boosted by retail, tech and hotel vets can give companies an edge

New marketing channels are opening via social media and other digital communication. Customers are demanding food faster and in more locations. And new streams of data about how consumers behave are becoming available that — if your business isn’t making use of it — your competitors definitely are. So executives need to be on top of that.

And you also have to understand how those two factors intersect.

“Think about the way you order restaurant food to be delivered to your home while you’re in your car and you want it to be there when you get there,” he said, “versus either going to a restaurant or driving through a drive-thru. Human behavior has changed dramatically.”

Those changes aren’t unique to the foodservice industry. Retailers have had to adapt to omnichannel sales as their brick-and-mortar outlets give way to online ordering, and hotels and casinos have become experts at developing customer loyalty through relationship management that’s been optimized through data analysis.

So it might not be surprising that executives from outside the industry are bringing their expertise to foodservice. Notable relative newcomers include Potbelly Sandwich Works CEO Alan Johnson, who was previously at beverage retailer BevMo! and at clothing retailer Gap Inc. before that, and Inspire Brands CEO Paul Brown, who is credited with turning around Inspire subsidiary Arby’s, and who came to quick service after working in loyalty programs and strategies for Hilton Worldwide.

“Hotels are very good at customer relationship management, and using technology [to create] very individualized consumer touchpoints,” said Dan Searby, senior vice president of Elliot Associates, an executive search firm specializing in the restaurant, hospitality, retail and service sectors. Rather than coping with the specific meal-related needs of one guest for one visit, ranging from a couple of minutes to a few hours, they’re responsible for handling a guest’s life for days at a time, he said.

They also understand that not all sources of revenue are equal, Searby said.

“Marriott would rather you book a room on their website versus on hotels.com, and there’s a lot of effort that goes into steering you in that direction,” he said. Similarly, many restaurants are encouraging their customers to order directly from them rather than through a third-party delivery service.

Retailers are experts at using data to make real-time decisions, Searby said. “They are looking literally on the hour, and they are adjusting their pricing and promotions based on real-time data,” he said.

The entry into foodservice of private equity groups such as Roark Capital and Sun Capital have accelerated the trend of hiring foodservice executives from other industries, Searby said, “because the PE guys are all about analysis and hidden value — taking data and identifying opportunities and then building strategies and tactics to go against those opportunities.”

There can be downsides to hiring executives without restaurant experience, however, he said. For example, someone coming from consumer packaged goods is accustomed to the business being centered around a marketing plan, “but in restaurants it’s all operator-driven,” he said. The executive “can’t just be the designated smart guy. They’ve really got to have general management experience.”

He said multi-concept companies such as Darden Restaurants and Yum! Brands can help train executives from outside the industry by giving them positions such as brand president, who in most cases have responsibility for profit-and-loss statements, a marketing team and other departments, but with the cushion of a CEO who can support them, and who they’re expected to answer to.

It’s hard to attract executives into foodservice from adjacent sectors, said Searby of Elliot Associates. Those industries generally have easier hours for higher pay, he said. That has changed to a certain extent with private-equity investors, where your stature and compensation don’t come as much from running a big company as from making your company more lucrative.

“Making a job change is about advancing your career, ideally in a growing concept with a positive and dynamic work environment where [executives] can use new muscles and impact strategy.

“The wealth creation opportunity private equity affords is always attractive as is the highly focused and accelerated drive for change under private equity.”