Dairy Queen, based in Minneapolis is one of the nation’s most enduring quick-service chains. It was founded in Joliet, Ill., in 1940, growing with a menu of malts, shakes and soft-serve ice cream dishes. The first Brazier location with an expanded hot food menu opened in 1957.

By 1962, the chain moved overseas as International Dairy Queen Inc. The iconic Blizzard, a soft-serve product with mix-ins that famously would not fall out of the cup if turned upside down, debuted in 1985. The company acquired Orange Julius brand in 1988. A decade later, IDQ was acquired by Berkshire Hathaway Inc.

By the 2000s, the Dairy Queen logo was shortened to DQ. The DQ Mobile App launched in 2018, and a year later the company unveiled a new Next Gen design. The Dairy Queen system includes more than 7,000 locations in the U.S., Canada and 20 other countries. 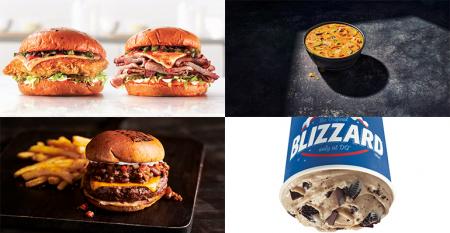 The year that was and the year to come: Nancy Kruse and Bret Thorn reflect on the state of the restaurant landscape
Dec 24, 2020
The experts praise the accomplishments of 2020 and hope for a kinder, gentler industry in the future