/sites/all/themes/penton_subtheme_nrn/images/logos/footer.png
Recent
Recent
NRN editors discuss KFC’s new wraps, McDonald’s earnings and marketing, and TikTok
Feb 03, 2023
January was a strong month for restaurant hiring
Feb 03, 2023
Why data is crucial for both guests and employees, Freddy’s COO says
Feb 03, 2023
What the future of equipment looks like
Feb 03, 2023
How USHG committed to its journey on diversity
Feb 02, 2023
Featured
The emergence of mocktails
Jan 23, 2023
36 restaurant industry predictions for 2023
Dec 21, 2022
10 restaurant chains making waves in the breakfast space
Dec 14, 2022
How eco-friendly Seattle restaurant chain Just Poke is doubling in size in 2022
Nov 17, 2022
Menu 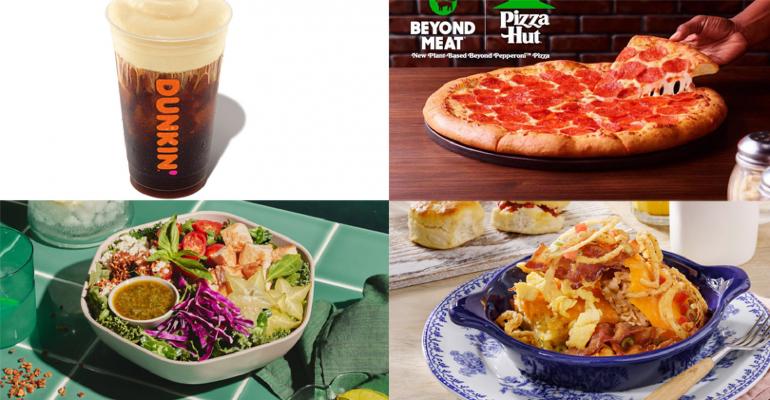 Much of the country is sweltering through a heat wave, but it’s pumpkin spice season nonetheless, and Cracker Barrel Old Country Store, Dairy Queen, Dunkin’, Frisch’s Big Boy, Jamba, Pinkberry and Tim Hortons are all getting in on the action, or have announced plans to soon.

But it’s not all about the flavors of fall. The Habit Burger Grill Has introduced new meatless options using Impossible Burger, and Pizza Hut has continued its partnership with Beyond Meat in a test of meatless pepperoni.

Speaking of tests, IHOP is testing beer and wine in New Mexico and San Diego.

Sweetgreen has a seasonal bowl that mimics the Mexican street corn elote, as well as a bowl exclusive to Miami using local starfruit.