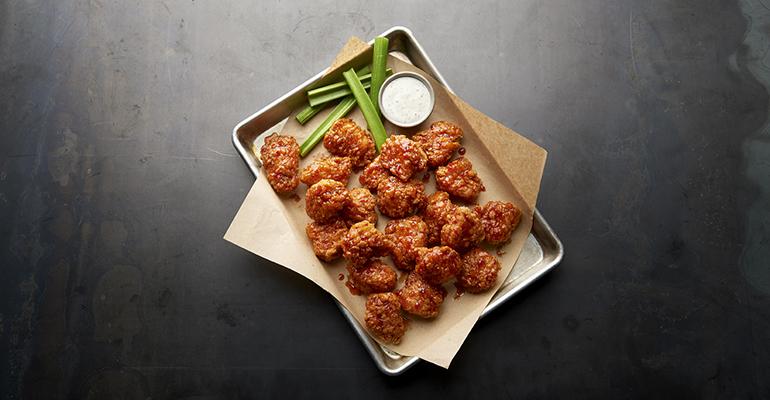 Buffalo Wild Wings Inc. is following its tech-forward restaurant redesign of late last year with a menu revamp that it hopes will appeal to younger diners.

The Minneapolis, Minn.-based casual-dining chain will introduce beer-battered chicken tenders and Nashville hot chicken to the menu in August and new boneless wings and a remixed Buffalo sauce recipe in November.

“There are a lot of more wings players now so it’s a little harder to get your share of the stomach,” said Jamie Carawan, Buffalo Wild Wings’ executive chef. “I think in order for us to prosper, we’re going to need to be able to bring people in for non-sporting events. Wings will always be the center of our universe, but we need to augment our product mix.”

Related: Buffalo Wild Wings to craft beer fans: You can ‘geek out’ at our bars 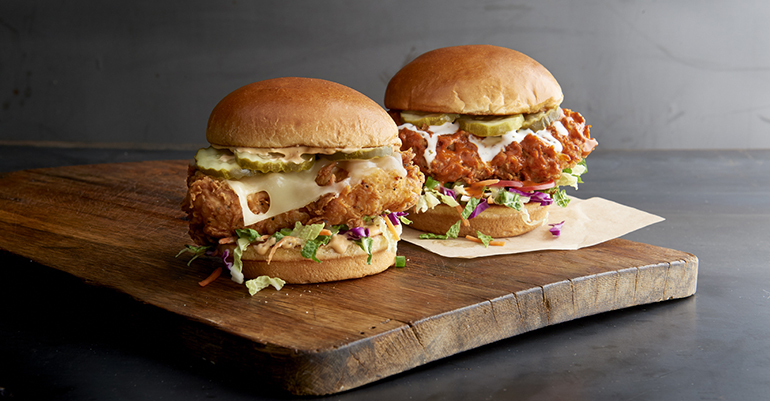 Later this summer, Buffalo Wild Wings will be rolling out the next batch of new menu items, including the Nashville hot chicken sandwich, topped with Nashville hot sauce, slaw, chile peppers, ranch dressing and pickles (at a suggested price of $10.99) and a milder Southern chicken sandwich, which Carawan likened to “a version of a chicken cordon bleu sandwich,” topped with Swiss cheese, bacon aioli, Napa slaw, and pickles, along with classic chicken tenders with a choice of several sauces (SRP, three for $9.29). Both sandwiches are breaded and use a Lagunitas IPA beer batter.

“We had this revelation that to be the best-in-class bar food means something we can be proud of, and that means hand-breaded chicken,” Carawan said. “[With the sandwiches] we want to improve our lunch business and give people another reason to come in.”

Much of the menu revamp was designed to bring in younger clientele. Right now, the main Buffalo Wild Wings demographic is a younger Generation X consumer. But the revamp of the cocktail menu, which began in March, has been designed for Millennial drinkers. Buffalo Wild Wings said they appear to prefer mixologist-inspired beverages. 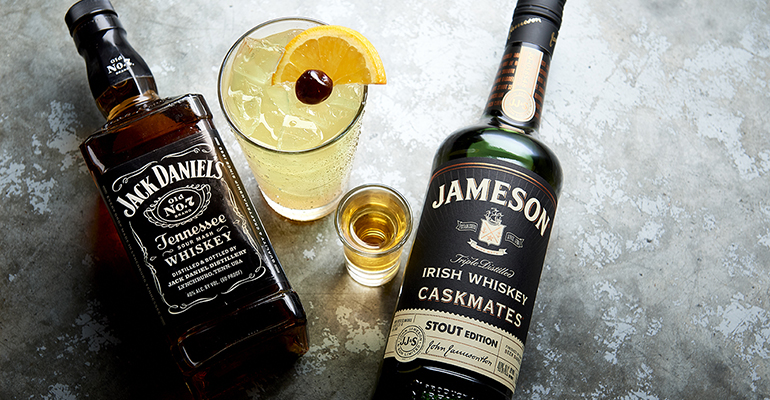 Carawan said he and his team started by simplifying their drinks menu. They got rid of at least a dozen of the fruitier, sweeter cocktails and replaced them with brown spirits-forward drinks like the Bulleit Rye Old-Fashioned (which came out in March) and the Jack Sour (which is coming out in November). They will also be introducing rotating craft beers like Dogfish Head Slightly Mighty IPA (available December through February 2020) and the Stone Pomma Said Knock You Out IPA (available through the end of this summer). 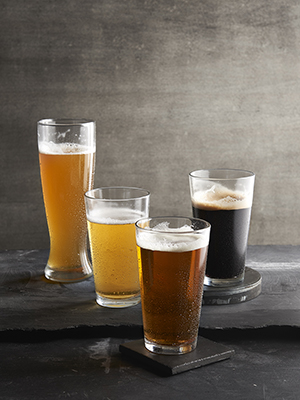 “We want you to be able to come in and sip on a beautiful bourbon on the rocks,” Carawan said.  “I want our customers to say they learned how to drink bourbon at Buffalo Wild Wings.”

Later in the fall, Buffalo Wild Wings will roll out revamped boneless wings “with less breading and more chicken” and a reimagined Buffalo wing sauce that Carawan likened to a “back to basics” approach that’s simpler, less buttery and closer to that original “vinegary, spicy” taste of a classic Buffalo wing sauce. The result is a tangier, punchier sauce that’s less creamy than its predecessor, he said.

After the final November rollout, the culinary team at Buffalo Wild Wings will continue to assess how they can continue to evolve the brand’s culinary offerings. With their ambition to expand dayparts and broaden the brand’s appeal to non-sports fans, Carawan isn’t ruling anything out, including the possibility of brunch in the future. 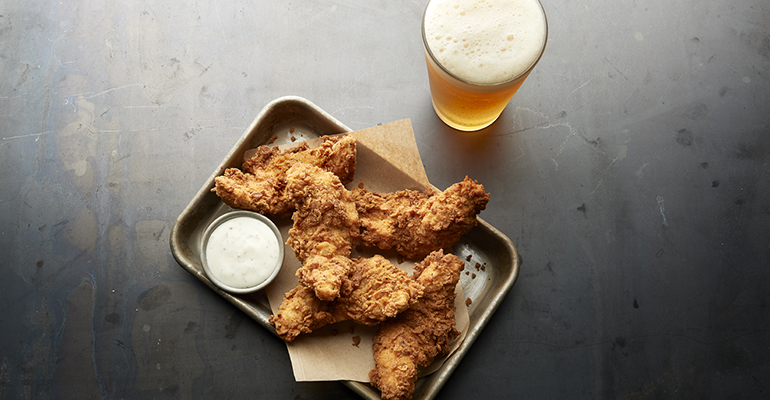 “Everything is on the table at this point,” he said. “We think there’s a dearth in quality of good sports bar food. People love their local spots, but it’s usually for the nostalgia and not for the food quality. I want people to think of us when they are in the mood for great bar food.”

Buffalo Wild Wings has about 1,250 locations nationwide. The brand was acquired by Atlanta-based Inspire Brands Inc. in February 2018.