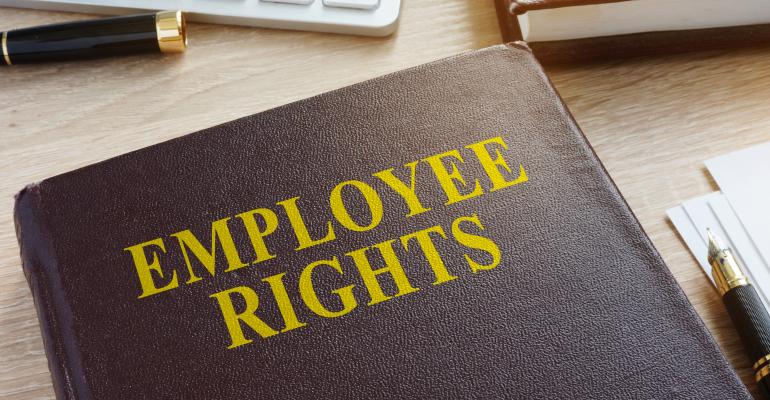 The National Labor Relations Board this week filed for an injunction in federal court to require the parent company of Daily Grill to negotiate with a union at one location in Los Angeles.

In a petition filed Monday, the federal agency said the restaurant chain has refused to bargain in good faith with Unite Here Local 11, which was certified as a collective bargaining representative in 2018 for a location of Daily Grill located in a hotel near Los Angeles International Airport.

Related: These Starbucks employees are attempting to unionize: Here’s why that’s a big deal for the restaurant industry

Los Angeles-based Grill Concepts Inc., the parent of the Daily Grill casual-dining chain, in a statement strongly denied the NLRB’s allegations, saying it intended to vigorously fight the injunction.

“The restaurant worked for over a year with the union on a contract. However, with the COVID-19 pandemic and resulting government shutdowns, the restaurant was not in a position to enter into a long-term contract with the union — the restaurant industry was in flux,” the company’s statement said. “We are disappointed that the federal government is trying to use a federal lawsuit to force our employees to join a union now that over two years have passed since the initial union election and most of the current employees did not even vote in the union election.”

Unite Here filed charges with the NLRB in May saying the restaurant management had met at times with the union to attempt negotiations on a contract, but that there was a pattern of delay “intended to frustrate the process,” according to filings. Since November 2020, restaurant officials refused to meet with the union.

Grill Concepts filed for Chapter 11 reorganization in April, but the NLRB argued that bankruptcy should not prevent the restaurant company from labor negotiations.

In a statement, Unite Here officials said the move is highly unusual, reflecting new leadership at the federal agency.

Typically, the NLRB addresses violations through an administrative process that can take years, and workers often get frustrated and give up on seeing abuses corrected, Unite Here said.

In this case, the NLRB is seeking swifter action by petitioning the federal court. The NLRB has asked the court to require the company to negotiate with the union for a minimum of 24 hours a month, for at least six hours a session, until a resolution is reached.

Kurt Peterson, Unite Here Local 11’s co-president, said in a statement, “The Daily Grill has shown nothing but contempt for its workers’ rights and the rule of law. But we are heartened to see the NLRB’s leadership stepping up to say that our labor laws actually mean something and that flagrant violations must be remedied — not someday down the road in future — but right now. We hope this is a sign of more effective enforcement to come, and we look forward to helping the Daily Grill’s workers win the kind of wages and benefits that they have been fighting for.”

Union organizing is beginning to take hold in the restaurant industry, though many employers are pushing back.

Starbucks workers have filed complaints with NLRB charging the Seattle-based coffeehouse chain with union-busting tactics in response to attempts to unionize in Buffalo, N.Y.

Workers at West Virginia-based Tudor’s Biscuit World, with about 90 locations, are also attempting to form a union in affiliation with United Food & Commercial Workers Local 400.

Burgerville last month became one of the first quick-service chains to negotiate a union contract, which included pay raises, expanded sick and parental leave and other benefits.

CORRECTION: An earlier version of this article mischaracterized a hearing set in January. The hearing is before an NLRB administrative law judge, not the federal court.