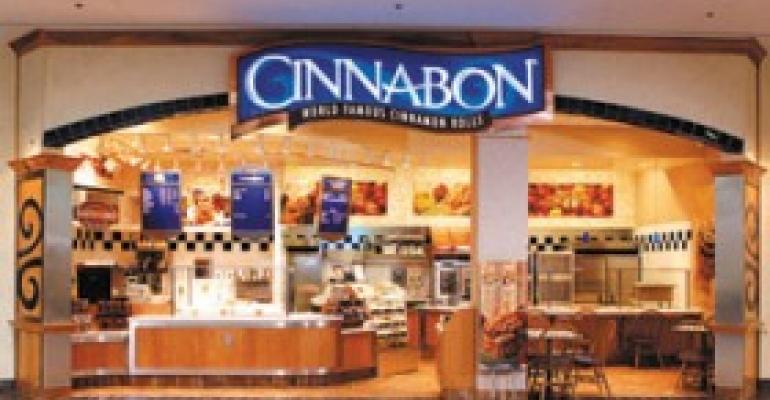 In recent weeks, many operators have announced that they are setting their sights overseas, where a growing desire for American brands, a comparatively sparse dining landscape and the relative strength of foreign currencies could help to offset slowed domestic growth and minimize the cultural and regulatory challenges that once kept operators at home.

Few recent developments highlight that observation more than Burger King’s announcement that it expects 80 percent of its growth in the next five years to come from abroad.

But Burger King is going to have a lot of familiar competitors branching out worldwide:

With only 54 of its 944 units in about a dozen foreign countries, Maryville, Tenn.-based Ruby Tuesday is pushing its foreign franchised partners to build at least 10 to 15 new stores a year beginning this year.

Tampa, Fla.-based Beef ‘O’ Brady’s, whose 230 units all reside in the United States, is eyeing those three lands for rapid development later this year.

Franchising globe-trotters say the evolution of once-poor Third World nations into economic powers with prosperous consumers who love American restaurant brands, as well as a weak domestic economy, force them to lay the infrastructure for aggressive global expansion for the decades to come.

Some franchisors also note that global growth helps offset the risks when any one country’s economy begins to soften, as is the case with the United States currently.

They add that as the dollar trades at historic lows against virtually every currency of America’s major trading partners, with the notable exception of Mexico, it makes sense to capitalize on current exchange rates and keep profits in foreign banks where local currencies are stronger.

Ted Leovich, a 25-year veteran of Brinker International Inc. who spent many of those years in international franchising and who recently came out of a two-year retirement to run his own Dallas firm specializing in global brand consulting, said casual-dining brands have no choice but to franchise overseas.

He explains that while casual dining had been a longtime sweet spot in the United States, that is no longer the case. He cites a saturated suburban real estate landscape, squeezed consumers and an increasingly homogenized market that gives cash-strapped guests little choice.

“The economics have changed for labor, occupancy and food, the three major cost centers in the restaurant business,” Leovich said. “Usually, if one is up, two or three are down, but now all three are dramatically up, and people are making less money.

“Therefore, it makes sense to go international, especially as casual dining is relatively new overseas. Customers like it, and the economies of the world are currently superior to ours.”

“Trying to go in cold without a local partner is a recipe for disaster,” he said. “In fact, in many cases local law says a local partner has to have 51-percent ownership, so it forces the issue. But it is one of the smartest things to do.”

Ruby Tuesday’s president of franchise development, Mark Ingram, agreed, noting that finding good local partners who know the market has been one critical factor in the success of his company’s international operations.

The company’s largest concentrations of restaurants outside of the United States are in Chile and India, he reported, with Ruby Tuesday currently the largest casual-dining company in India.

Ingram anticipates that the Middle East will become the largest concentration over the next two to three years, however. There are other untapped markets the company is considering, he said, including China, the United Kingdom, Canada, Mexico and Japan.

“We see loads of opportunity in those countries,” Ingram said. “Casual dining is an undeveloped frontier in most parts of the world yet. While for Americans dining out is an everyday experience, those in most other countries still consider it an event. That is slowly changing, giving us loads of opportunity.”

Although struggling domestically with same-store sales decreases at both company-owned and franchised units, Ruby Tuesday is not totally giving up on American consumers, Ingram said. The company is looking forward to growing its franchise business west of the Mississippi, where it is largely unknown.

But whether foreign or domestic, franchisees have to share a common passion, Ingram said.

“We’ve been at [international franchising] in earnest for about eight or nine years, and we are always looking for the right partner,” Ingram said. “The ones we have now are groups or companies with the same shared values and a longer-term vision for partnering and developing the brand. We want more of those,” he said, pointing out that the company joins forces with sophisticated business partners rather than smaller family businesses.

To that end, Focus recently announced that through several partners it is opening multiple Schlotzsky’s locations this year in such countries as Saudi Arabia, Kuwait, South Africa and Jordan. The company also has signed a master franchise agreement to open 40 Cinnabon bakeries in the United Kingdom, with the first two locations scheduled to debut in central London in mid-2008. Focus also has been looking at India for more than a year, Shattuck said, and is now negotiating with groups there as well as investigating Asia.

“The economy is obviously a factor, and much more so in the U.S. right now, as we are in a bit of a recession,” Shattuck said.

“On the other hand, the oil- and commodity-producing countries are doing pretty well, so there is less of an impact in those markets, presenting opportunities.”

Shattuck credits international pioneers like McDonald’s and KFC, who, while struggling for market share growth domestically themselves, wrote the playbook decades ago for developing global business models to offset tough times at home. KFC opened its first stores overseas in Japan in the 1950s, while McDonald’s went international with a Canadian unit in 1968.

“But [international franchising] is not like flipping a switch,” Shattuck said. “It is a strategic decision companies make, and they have to think through it carefully and as an organization be willing to support it.”

Even as franchisors set their sights overseas, many are avoiding Europe.

High employer taxes in socialized economies, heavy regulation and the yawning exchange rate between the euro and the dollar explain why operators are skittish about Europe.

But none of that seems to bother Church’s Chicken or Cinnabon.

Zack Kollias, Church’s senior vice president of international, said in a phone interview from Russia that the norm has been to open 45 to 50 international units annually. This year, however, the company plans to open 90 units abroad.