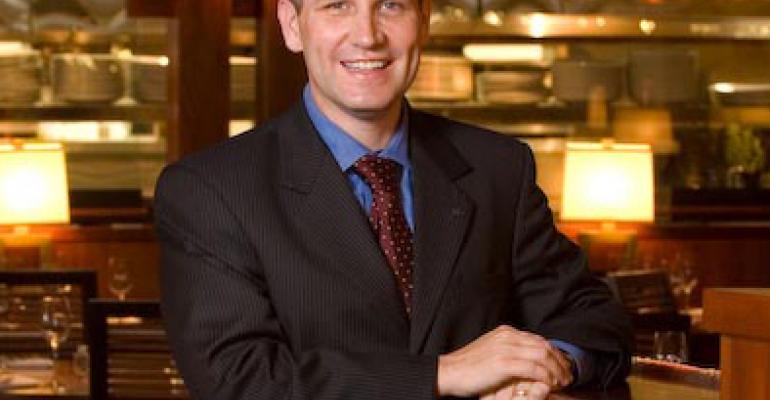 Chain's president says it will benefit from growing interest in healthful, seasonal foods

After years of slow growth, the 11-unit Seasons 52 chain plans to add at least seven units over the next 18 months. President Stephen Judge said the brand has the potential to do well anywhere in the United States because of growing interest in healthful foods, miniature portion sizes, and seasonal and local ingredients — all mainstays of the chain formed in 2003 by Darden Restaurants Inc.

Judge said Seasons 52 will continue to take its time and expand prudently as it opens new restaurants from California to Florida. He added that adapting menus to suit local tastes, like offering a Meyer lemon dessert in California rather than its Key lime counterpart popular in the Southeast, would be key to getting customers to think of Seasons 52 as a “change” restaurant, not a chain restaurant. The brand’s practice of keeping every menu item at or below 475 calories also differentiates it in the era of heightened health consciousness, he said.

In an interview with Nation’s Restaurant News, Judge discussed Seasons 52's growth strategy and the need to build strong customer service and community involvement as it expands.

What are Seasons 52’s growth plans for the next couple of years?

For the rest of 2010, we’re anticipating four additional restaurants, in Costa Mesa, Calif.; Plano, Texas; Phoenix; and Coral Gables, Fla. We’ll be opening in Indianapolis in spring of 2011, North Bethesda, Md., next spring, and one in the Tysons Corner Center in McLean, Va., in the summer of 2011. There are more developments in the works, but those are the locations we have confirmed for now.

The chain started clustered near Darden’s home base, opening in Florida and Atlanta, before expanding to states like New Jersey and Illinois. Does a scattered growth strategy like that pose problems, or does it not matter thanks to Darden’s nationwide infrastructure?

We’re quite fortunate in that we’re able to leverage the vast resources of the Darden organization, such as HR, training and development, and purchasing and supply chain. We’ve probably got some advantages over others as we grow over a wider geographic footprint. We’ve really taken to what we call disciplined growth, where we’re careful in site selection and have been able to grow at a time when nobody else really has been in a position to do so.

Based on the results of the test of the concept in the first seven restaurants in and around Florida and Atlanta, the concept was approved for the next phase of expansion, going to markets farther afield and seeing the way it was received. The feedback has been extremely encouraging. Seasons 52 is unique right now, and it’s right for the times.

Seasons 52 was built around seasonality, healthfulness and miniaturization with the Mini Indulgence desserts, long before those trends were widespread. Now that those things are so popular, does anything change for the chain?

We’re sticking firmly to our brand promise and to what the key components are: a seasonally inspired menu, a diverse collection of international wines, service and the casually sophisticated ambience. We believe that emulation is a sincere form of flattery, but when we consider the bookends to our experience, our Custom Flatbreads and Mini Indulgences, and people tell us, “We tried these things somewhere else, but they weren’t as good as at Seasons 52,” we know we’re on the right path.

So what are some more recent developments?

The culinary foundation is built upon creativity, art and science. The first two come from the culinary emphasis [culinary director] Cliff Pleau brings to the table, and the 475-calorie [limit] speaks to the science. We’ve come up with things that way like a salad cylinder, a bison burger or the Maui Tuna Crunch salad. But we continue to push the envelope with a Mini Indulgence birthday cake, which we can customize for the celebrant. That took a strategic brand pillar, our Minis, to the next level.

We also developed our Chef’s Table program. You can go in either a semi-private or private space adjacent to the chef’s line and take items from off the menu, or you can have a family-style dining experience, or something more customized where the chef comes out and presents an amuse, does a wine pairing and prepares a special menu. It’s just a different type of dining experience.

Has your marketing focus changed?

Each market or region now has a field sales manager, whose job is to become the face of our brand in the local community, secure more private-dining business, and create more business involvement and networking opportunities. One of the most important things we’ve done is becoming more interwoven in the local community.

Are there any consumer trends you’re trying to stay ahead of as you grow, or should the differentiating aspects of Seasons 52 carry it through the next few years?

We’re continually looking around out there, and we see the overall health and wellness trend coming on across the country. It’s still a trend for the future. People also seem to be looking for appropriate portion sizes, which also fits into what we do. People want to know more about what they’re consuming, and they’re looking for more transparency in what they’re eating so that they can make intelligent choices.