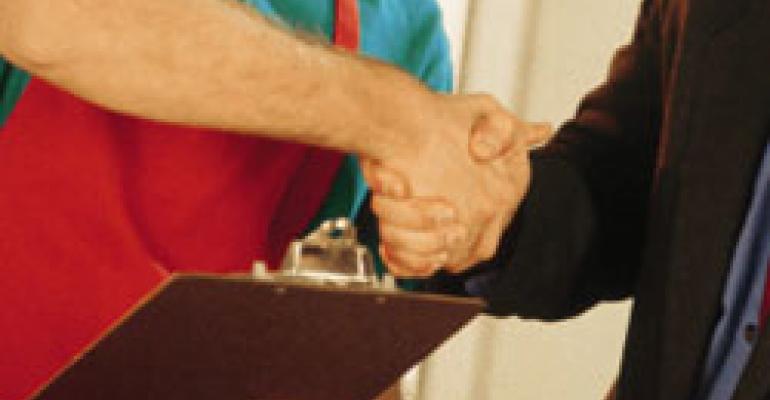 Restaurant companies seeking sustained growth continue to turn to franchising as one of the most important ways to expand, according to a new report from Chicago-based foodservice consulting firm Technomic.

While many chains still feel the pressure of the nation’s slow recovery from recession, franchisors and franchisees are working together to manage supply chain costs and engineer more favorable terms for opening costs and royalties in the hopes of ensuring long-term success.

The 400 largest restaurant franchisors rang up approximately $31.8 billion in sales in 2009, a 1.6-percent nominal increase compared with 2008, Technomic found. The number of locations rose 4.5 percent to 25,889 franchised restaurants in 2009.

Once again, Pizza Hut franchisee NPC International ranked as the nation’s largest franchise operator, with sales of $845 million, a 22.5-percent nominal increase compared with its 2008 sales figures, Technomic reported. The three brands with the largest sales from its franchisees were McDonald’s with $26 billion, Subway with $10 billion, and Burger King with $7.7 billion.

Elsewhere in the industry, many brands have taken active steps to bolster their franchise ranks, either through incentive programs or refranchising efforts.

Papa John’s International extended its franchise development incentive program from 2009 into 2010, again offering to waive the franchise fee and royalties for the first 12 months to all operators that open their restaurants on schedule. This year the chain added a new perk — the purchase of two pizza ovens for new franchisees.

Andrew Puzder, chief executive of CKE Restaurants, told Bloomberg Media in March that he was considering a similar phased-in royalty structure as an incentive for new franchisees of his company’s two burger chains, Carl’s Jr. and Hardee’s. CKE already has expanded its franchise system through a refranchising initiative of its Hardee’s brand, begun in 2007. It completed that program in January of 2009, after selling 238 corporate Hardee’s units to franchisees.

More recently, Jamba Juice sold off some its corporate stores to franchisees. It closed a deal Aug. 4 to sell seven stores in the Las Vegas area to a franchisee, putting Jamba about two-thirds of the way toward its goal of selling 150 corporate locations by the end of 2010.