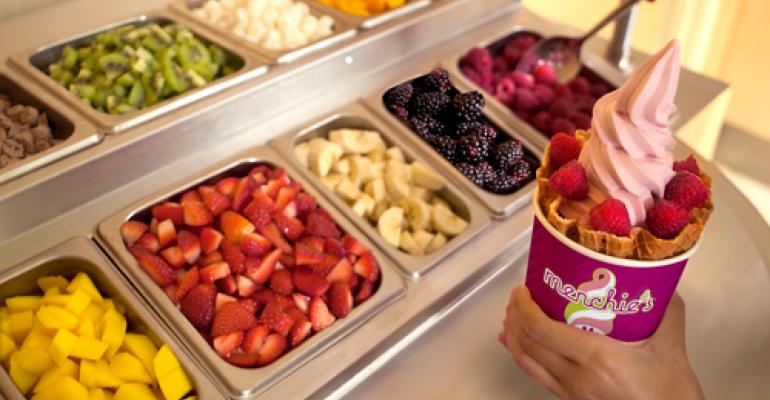 Frozen yogurt chain Menchie’s has signed a master franchise agreement in Japan that calls for the development of 100 units there over the next four years.

Menchie's is the latest American restaurant brand to ramp up international growth plans. On Wednesday, Buffalo Wild Wings said it would expand outside of the United States for the first time, with plans to open 50 stores in Canada. Five Guys Burgers and Fries also is developing locations in Canada, and Wendy's/Arby's Group said recently it would debut stores in Russia and the Eastern Caribbean.

Encino, Calif.-based Menchie’s, a self-service yogurt concept with a family-friendly emphasis, said last month it would open its stores in Canada for the first time, and company officials have said the brand will expand into Australia, Dubai and Mexico in 2011.

Menchie’s has about 40 units open in 12 states across the United States with the goal of reaching about 100 by year-end.

The master franchisee in Japan is NEO Corp., based in Sapporo, Menchie’s said.

“We are extremely excited to be entering the Japanese market, as we feel that the local residents will embrace Menchie’s unparalleled store experience,” said Amit Kleinberger, chief executive of Menchie’s Group Inc. “As the global demand for self-serve frozen yogurt rises, Menchie’s expects to be the world leader by virtue of our unique self-serve design, our variety of frozen yogurt flavors and toppings, and our family-friendly atmosphere.”