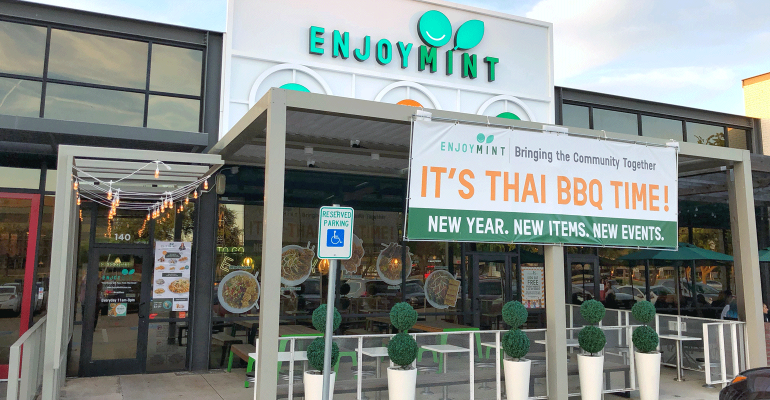 With the potential worker pool growing increasingly smaller and with minimum wages rising, restaurants have tapped a number of tactics and strategies to cope with the labor squeeze and maintain unit profitability.

They are taking the always hesitant move of raising menu prices and even turning the restaurant format on its head to require less labor to provide the same quality meals.

“We are using technology in a way that is not 100% about cutting out manpower, but we are focusing the staff on either hospitality or culinary,” said Nikky Phinywatana, the chef and owner of three Asian Mint full-service restaurants in the Dallas area who created a fast-casual spinoff Enjoy Mint that opened in June 2018 in Richardson, Texas.

Relying on two consumer-facing kiosks to lead customers through ordering and paying for their meals, Enjoy Mint is where Phinywatana envisions the future of restaurant labor and operations is headed. 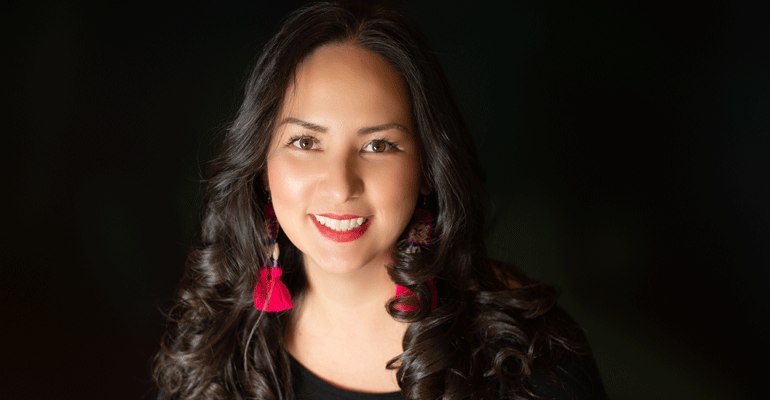 “Our employees can devote their time to interact with the customers and be hospitable,” Phinywatana said, and tips, which run at a lower rate than in her three full-service restaurants, can be shared for all the hourly employees.

Phinywatana opened her first full-service Asian Mint in October 2004, and she said the labor market and customer preferences have changed markedly in the ensuing 15 years. She opened her second unit in 2008 and the third in 2017.

“We have kept our staff generally 10 years or more,” she said. “We don’t go by the minimum wage. We really go by their experience. We offer health care benefits. “

But the minimum wages in various states have been putting pressure on restaurant operators.

“We are not seeing too much minimum wage activity in unexpected places,” said Joe Kefauver, a partner at the Orlando, Fla.-based Align Public Strategies LLC public affairs firm. “We’re seeing it in the traditional blue states. It’s new in what we might call the blue trifecta states: After the [2016] election, Colorado got a lot bluer, Nevada got a lot bluer, New Mexico got a lot bluer.” 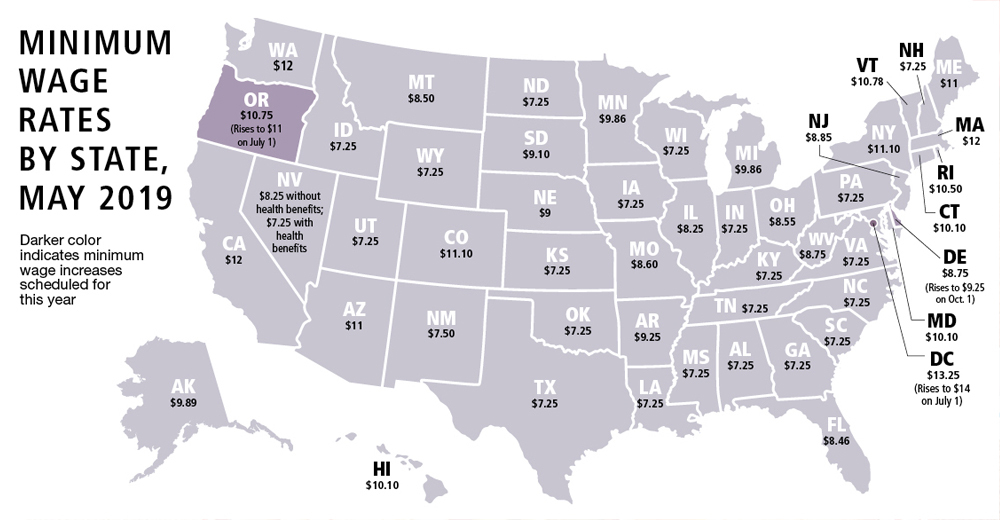 In addition, New Mexico’s new law calls for implementing raises to the lower wage for tipped employees like restaurant servers. That tipped wage base pay will incrementally rise from $2.13 an hour to $3 an hour by Jan. 1, 2023. 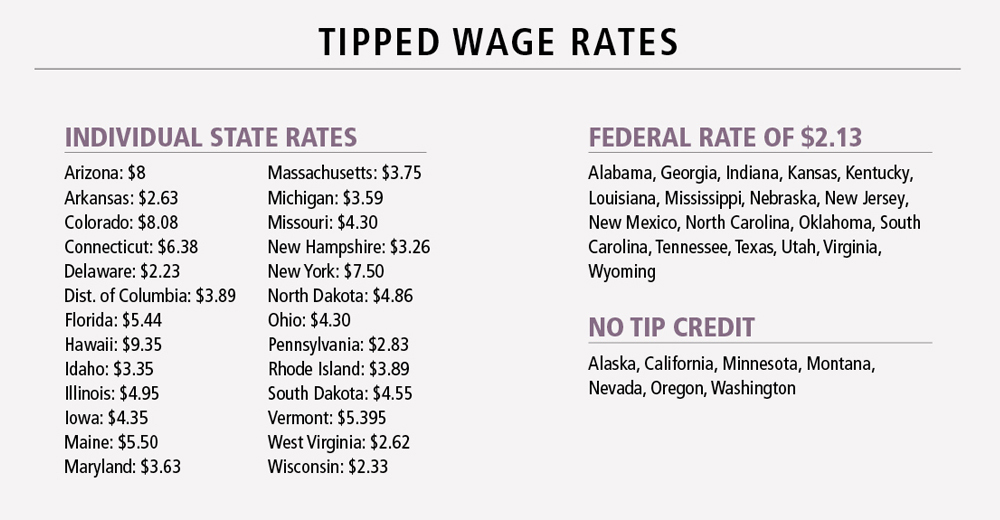 “It is a patchwork,” Kefauver said. “The broader conversation of a $15-an-hour wage still hasn’t gotten quite as anchored as the labor community might have liked.”

Industry giants like McDonald’s Corp. have also pulled back from lobbying against increases in minimum wages just as Democrats in the U.S. Congress introduced the Raise the Wage Act, which proposed increasing the federal minimum wage from $7.25 an hour to $15 an hour by 2024.

In late March, the Chicago-based burger giant told the National Restaurant Association that it would not invest resources in opposing minimum wage increases at the federal, state or local levels. The company said its average starting wage in corporate-owned restaurants was more than $10 an hour already; it does not control wages franchisees pay at their restaurants.

Genna Gent, McDonald’s vice president of U.S. government relations, said in the letter to the NRA: “We believe increases should be phased in and that all industries should be treated the same way. We look forward to engaging with elected leaders on these and other important elements of the wage discussion.”

“A number of big brands are stepping back from this issue,” Kefauver said. “McDonald’s pivot may impact our industry positioning on the issue more so than it impacts legislative outcomes.”

The NRA’s State of the Industry Report in March found in its survey that fine-dining restaurant operators were the most concerned, at 13%, with labor costs and minimum wage increases, following by family-dining operators at 10%, casual-dining operators at 8% and quick-service and fast-casual operators at 5% each. Recruiting and retaining employees ranked higher among the 2019 concerns across segments in that NRA report. 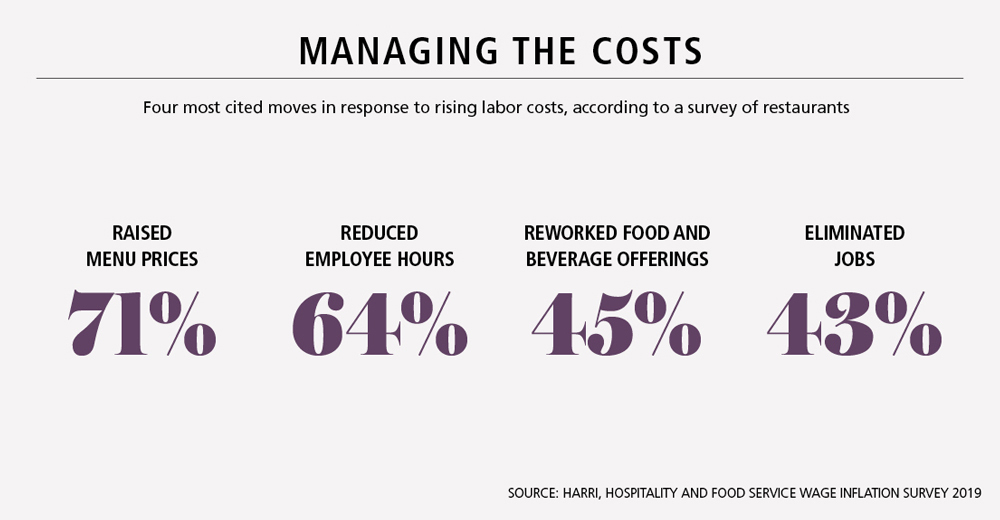 With operations in both casual dining and fast casual, Asian Mint owner Phinywatana said she has been able to retain her crews at the four units.

“I don’t really have a high turnover,” she said. “We are realizing the newer generation, Millennials and younger, were interested in fresh Thai food but not in a full-service menu and they enjoyed working there.”

Her Enjoy Mint is sandwiched between a similarly formatted Torchy’s Tacos and a full-service Snuffer’s burger restaurant, with a fast-casual Zoës Kitchen nearby. The shared tips are an advantage for the concept in hiring, she added.

“At Enjoy Mint, the tip pool is not just for the front-of-house employee but for the entire staff,” she explained. “There is an incentive for everybody to be serving the customer. There’s not a separation. Everybody gets to share the tip pool.”

Employees make $10 an hour, plus their tip out, so the workers make on average $12 to $15 an hour, she said. Tips average about 10%, offered as a kiosk payment option, Phinywatana said. Management is eligible for paid time off and bonuses.

“You do want to keep your staff once they have been trained and are part of the culture,” she said.

She also limited the number of kiosks at two to help stagger orders to the kitchen.

“It’s all about the flow,” Phinywatana said. “I could have had five kiosks, but it has to jibe with the pace in the kitchen. I didn’t want five orders to come in every 30 seconds to a minute, and I didn’t want them to not keep up. My goal is to get a bowl out to you within seven minutes. … If we ever need to increase the kiosks, we have that ability. I don’t think it would ever be more than three or four at max.”

The Enjoy Mint concept also puts the pricing more in the hands of the customer, who can add on items at their choosing.

While many national restaurant chains have increased prices over the past two years to offset labor and other costs, experts warn against pushing too much on the consumer in what is already a competitive environment.

“What’s concerning are the icebergs we see floating below the surface,” wrote Larry Miller, founder of the MillerPulse industry benchmark company, in a recent column for NRN. “Specifically, industry traffic and check are drifting dangerously in opposite directions.”

“Check increases have now accounted for more than 100% of sales growth for the last 26 months — that’s simply unsustainable in our view,” Miller said.

Negative traffic numbers should give operators pause about taking dramatic steps in pricing on their restaurant menus, he noted. “We understand the urge to raise prices, but it’s unadvisable given industry traffic has been negative since 2015,” Miller noted. 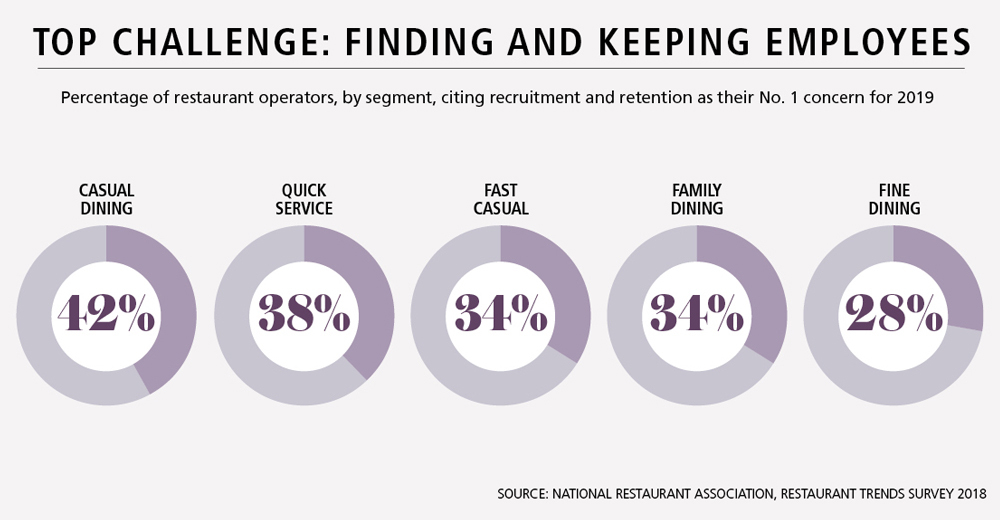 That challenge appears to be felt especially deep in casual dining, where the NRA 2019 State of the Industry survey found 42% of operators pegged it as their top challenge for the year. Recruitment and retention was high in other restaurant segments as well: 38% in quick service, 34% in fast casual and family dining, and 28% in fine dining.

“In this labor market, the workers can go anywhere,” Phinywatana said. “They can go to any fast-casual concept and they can be hired on the spot, because everyone is so short.”

She depends on referrals from current employees who know workers who would fit into the Asian Mint and Enjoy Mint culture.

“These workers are looking at values,” she said. “They look for more from a company than just the clock-in, clock-out.”