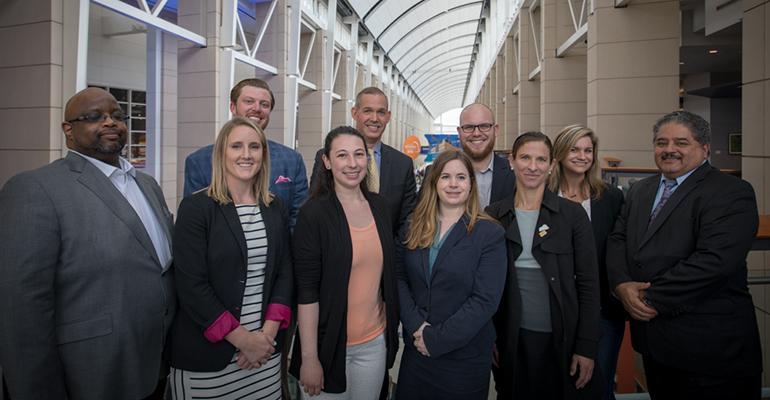 Participants from the apprentice program at the National Restaurant Show, May 2018
Operations>Workforce

Grooming the next generation of restaurant managers

An update on the apprentice program aiming to advance workers

If the National Restaurant Association’s apprentice program is any indication, in the future, restaurant managers will defy the industry’s high turnover rate. The program, run by the NRA’s Educational Foundation (NRAEF), boasts a 94 percent retention rate. As it turns out, plenty of restaurant workers see themselves on the managerial track.

While most apprentice programs address the culinary aspect, National Hospitality Sector Registered Apprenticeship Project, a partnership between the NRAEF, the American Hotel & Lodging Association and the Department of Labor, focuses on the managerial aspect of the industry. Designed to address the managerial aspect of the hospitality industry, the program works with restaurants to ready their current workers to move from entry level to managers.

When the program began just over two years ago, the NRAEF initially intended to train 400 workers. Now, there are 1,000 people who have enrolled.

“While the average age of restaurant manager apprentices is currently 29, we’re still in the early stages of the program. We believe the average age will trend younger as the program grows, but it’s important for us to serve people of all ages,” said John Shortt, director of program development, NRAEF. Currently, 22 percent of participants are between 18 and 24 years old. 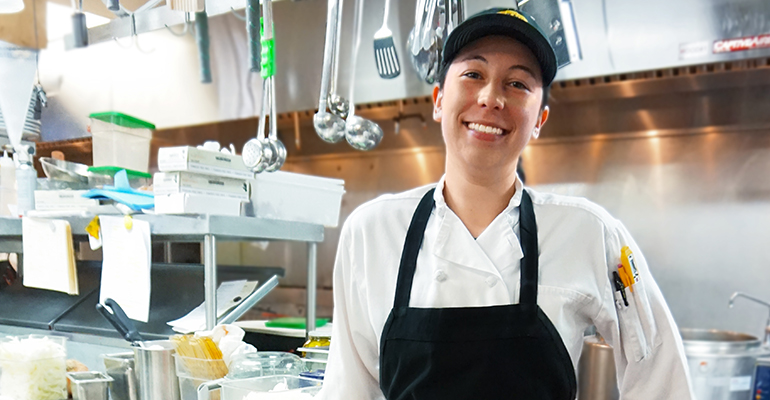 “The apprenticeship program definitely helped me learn more management skills that made me feel more comfortable with my end goal,” said Cassidy Hubbard, a sous chef at Iron Hill Brewery, Newark, Del., enrolled in the program. “I feel that I can open up my own place down the road. I know that by the time I reach the end of it I will know leaps and bounds more than I gained through my mostly culinary-focused degree.”

We originally reported that there were over 1,200 participants enrolled, there are over 1,000.
0 comments
Hide comments
Related
Sponsored