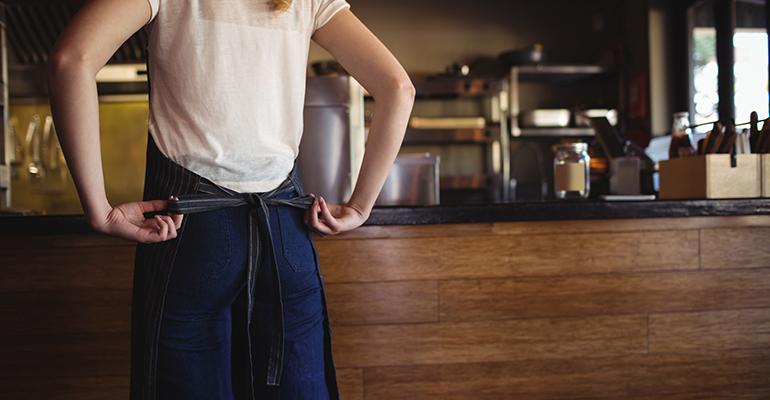 The restaurant industry faces a widening gap between the number of younger workers and the number of jobs it is creating, according to the National Restaurant Association Education Foundation, so the agency recently completed a survey to test what attracts and keeps those workers in the industry.

About 17 million members of Gen Z, those aged 6 to 21, have entered into the workforce already, said Rob Gifford, NRAEF executive vice president. Gen Z covers those born between 1997 and 2012 and comprises about 67 million individuals.

“In the next 10 years, we’re going to create 1.6 million additional restaurant jobs in this industry,” Gifford said. “And yet, the population we are dependent upon to fill those jobs historically will decline by 1.3 million. So if you think it’s bad now – if you think the fight to talent is difficult now – it is going to get even a lot worse.”

When hunting for their jobs, the Gen Z candidates are looking chiefly for a place that has a strong culture, he said. 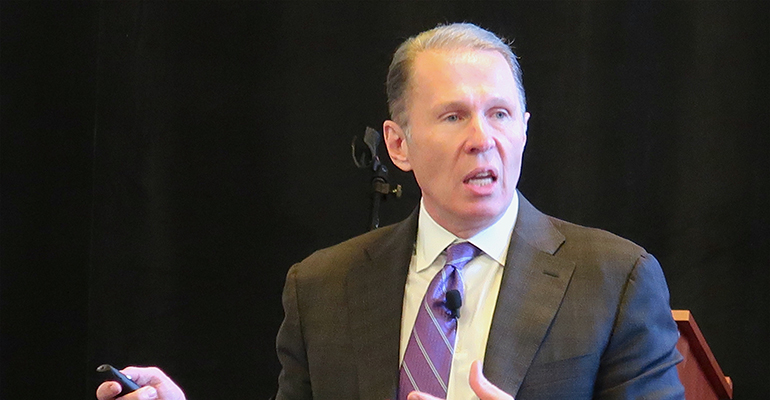 “The No. 1 thing they want is a positive workplace culture,” Gifford said at the recent Meeting of the Minds conference for restaurant recruiters, sponsored in Dallas annually by Lewisville, Texas-based recruitment firm Self Opportunity. “Culture trumps everything.”

Younger workers generally want managers who are open to a wide variety of orientations and backgrounds, Gifford said. He revealed some data from a recent survey of 1,600 young people, both Gen Z and Millennial, conducted by the NRAEF and the Center for Generational Kinetics. The full survey will be released in October.

The study found that 82 percent of working Gen Z respondents said restaurants provided their first job, but about three quarters of those workers did not remain in the industry.

The survey found respondents cited the most valuable attributes learned while working in the industry as multi-tasking, teamwork and customer care. But the biggest challenges they cited were stress of the environment, dealing with customers and pay levels. 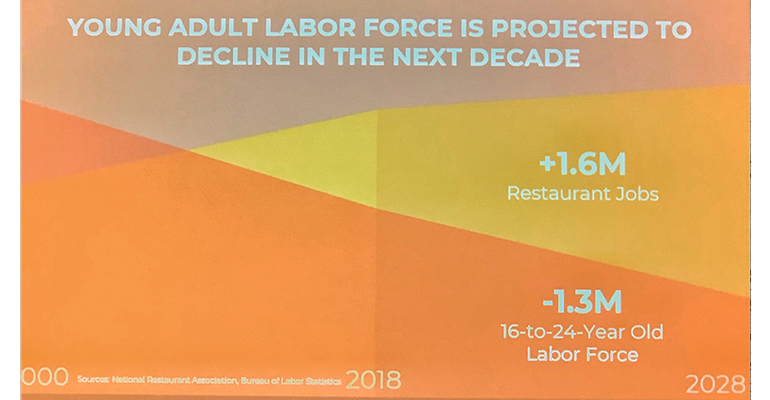 “The challenges they feel like they face as young people in the workforce are more about feeling they are overwhelmed at times, feeling like they don’t know how to deal with the customer, more so than the traditional things those a bit older think about,” Gifford said.

Nearly half of Gen Z workers want recognition, with nearly 50 percent wanting some sort of feedback weekly, he said. And 47 percent would like to have a mentor to develop their confidence and ease stress.

- Rely on current workers to recruit candidates via word of mouth.

“There is way more human element to how young people are making their employment decisions than I would have guessed before we did this research,” Gifford said.