Domino’s Pizza Inc. is tackling another store-level issue with AI technology: consistency of pizza quality. Domino’s Australia announced this week the launch of the DOM Pizza Checker in Australia and New Zealand: a smart scanner that checks each pizza against a dataset that shows what a “perfect” pie should look like.

The Ann Arbor, Mich.-based pizza chain said that the new technology — in partnership with restaurant technology company Dragontail Systems — is meant to curtail customer quality complaints, including pizzas that are missing toppings, don’t have enough cheese, or are the wrong temperature, for example.

“If the pizza meets our high standards it’s good to go, and if it’s not made right, we’ll make it again because we’re hungry to be better,” Domino’s Australia CEO Nick Knight said in a statement. “This means our team members won’t lose focus on quality during busy periods and our customers can have greater confidence in our products.” 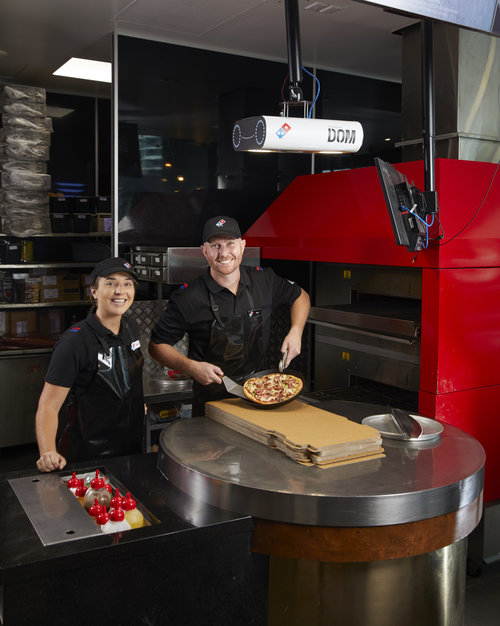 The pizza checker sits in the kitchen and can scan any pie that comes out of the ovens, “grading” it based on pizza type, correct toppings, topping distribution and other accuracy factors.

“Later this year we will be releasing even more features, including the ability to provide customers with a real-time image of their pizza on the cut bench,” Knight said. “As part of this process, they will also be notified if their pizza has failed our strong quality testing, resulting in a remake.”

The DOM Pizza Checker joins other new technology announcements from Domino’s this quarter, including in-car ordering capability and GPS tracking of pizza orders, announced in late March and April respectively.

Currently, the DOM Pizza Checker is being used at all units in Australia and New Zealand, but there has been no mention of if the technology will expand to the U.S. or other international markets.