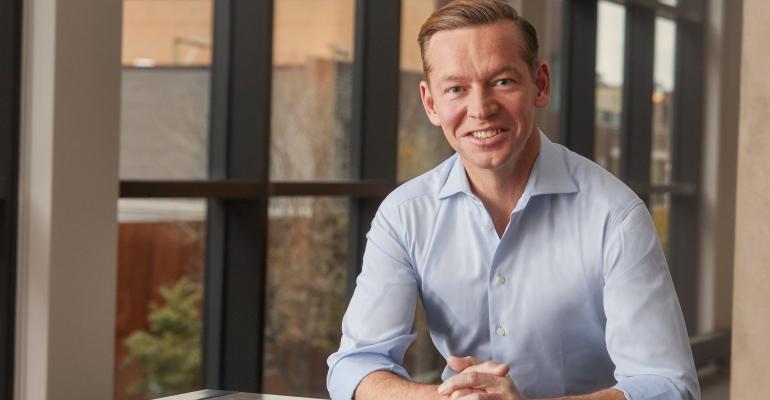 Who is McDonald’s CEO Chris Kempczinski?

Executive joined burger brand in 2015 after posts at Kraft, PepsiCo and P&G

Christopher Kempczinski, the new CEO at McDonald’s Corp., is a relative newcomer to the restaurant industry, having led consumer product goods companies before joining the burger giant in 2015.

Over the weekend, Chicago-based McDonald’s board named Kempczinski to replace Steve Easterbrook, which kept to the company’s succession plan. The board ousted Easterbrook for violating policy and demonstrating “poor judgment involving a recent consensual relationship with an employee.”

The 51-year-old Kempczinski previously served as president of McDonald’s USA, a post he had held since January 2017 and where he was responsible for operations of about 14,000 McDonald's restaurants in the United States. That promotion came two years after he joined McDonald’s in October 2015 as executive vice president for strategy, business development and innovation.

"Some of my fondest childhood memories were of my experiences at a McDonald’s," Kempczinski said in a letter to employees. "Since joining the company in 2015, I’ve been able to see up-close how all three legs of the stool work together in an incredible partnership to bring our brand to life in the restaurants and communities that we serve.

"I’m happiest when I’m in our restaurants, visiting with franchisees, their crew and our customers," Kempczinski wrote. "Listening to their stories, I’m reminded about the larger purpose that our brand plays in the lives of millions of people around the world. Yes, we serve delicious food and offer great experiences, but our brand means so much more. We stand for opportunity and empowerment for everyone. McDonald’s is a special company, and it’s my privilege to work with all of you to make a difference in the lives of so many."

Prior to McDonald’s, Kempczinski served as president of Kraft International from December 2014 to September 2015. He previously had worked with PepsiCo Inc., the Procter & Gamble Co. and in management consulting at The Boston Consulting Group.

Enrique Hernandez Jr., chairman of the McDonald’s Corp. board, said Kempczinski had “the right mix of skills and experience to lead us forward, having run our U.S. business, where franchisees are delivering strong financial and operational results, and overseen global strategy, business development and innovation.”

Morningstar Inc., the Chicago-based investment research firm, said in a note Monday that Kempczinski had been actively involved with many of McDonald’s recent initiatives — including digital and delivery — and worked with franchisees to adopt those platforms.

“We also believe Kempczinski's focus on menu innovation, restaurant operations, and international expertise (from his time at Kraft) make him a strong CEO candidate,” Morningstar noted.

“While a high-profile leadership change tends to raise natural questions about leadership stability at a company,” Morningstar said. “We believe that McDonald's under Kempczinski will be well-positioned to stay ahead of its industry peers through its latest menu and technology initiatives, including an opportunity to redefine the drive-thru experience for the category through the recently acquired Dynamic Yield (predictive ordering) and Apprente (voice), which offer both ticket and throughput benefits.”

Andy Barish, an analyst with Jefferies, said it was notable that Kempczinski had been hired from the outside in 2015, rather than being promoted from within McDonald’s, and had helped franchisees with some of the Experience of the Future, or EOTF, program challenges.

Kempczinski graduated from Harvard Business School with a master’s degree in business in 1997 and earned a bachelor of arts degree from Duke University in 1991.

He was born in Boston and lives in Chicago with his wife and two children. McDonald’s said he was an “avid marathon runner” and a Duke Blue Devils fan.