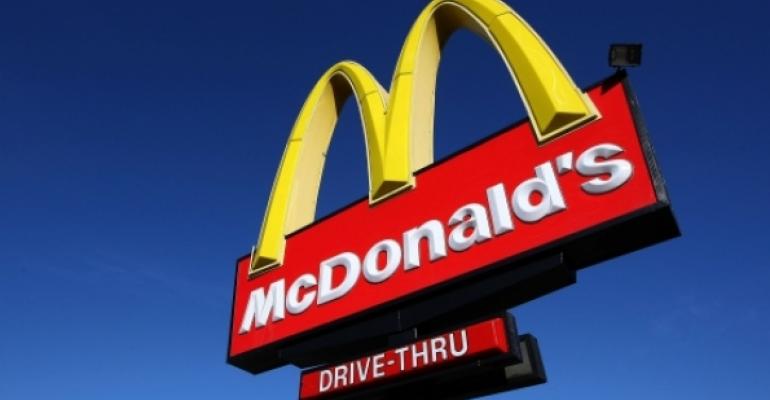 Mike Andres to retire as president of McDonald’s USA

Chris Kempczinski will take over position in January

Mike Andres, president of McDonald’s Corp.’s U.S. division and a key figure at the forefront of the chain’s domestic turnaround over the past 18 months, is retiring at the end of the year, the company said on Wednesday.

Chris Kempczinski, currently the executive vice president of strategy, business development and innovation, has been picked to succeed Andres as president of McDonald’s USA. The change will be effective Jan. 1.

“Mike has been relentless in his commitment to building a better brand,” McDonald’s CEO Steve Easterbrook said in a statement. “From significant strides in food quality to meaningful customer initiatives like all-day breakfast and forging an even stronger partnership between U.S. operators and the company, his commitment to our customers is unmistakable.”

The change represents only the latest in an executive shakeup that effectively started with Easterbrook’s ascension to the CEO job in March of last year. It comes less than a month, for instance, after the announced retirement of the company’s chief administrative officer, Pete Bensen.

Andres had been a longtime executive with the Oak Brook, Ill.-based McDonald’s but left to run Logan’s Roadhouse from 2012 through 2014 — when he returned to the company to run its U.S. business.

He will be replaced by a relative newcomer in Kempczinski, who joined the company last year after a career spent working in strategy and operational positions at consumer companies like Kraft Foods Group.

“We are confident Chris is the right leader to build upon our U.S. progress and bring a new level of convenience and excitement to the restaurant experience,” Easterbrook said. “His proven track record of driving change is invaluable as we continue to transform McDonald’s into a modern, progressive burger company.”

Kempczinski will work alongside Andres in the coming months to “ensure a smooth transition.”

He said in a statement that he looks “forward to building on the significant progress in the U.S.” while continuing innovation and collaboration with operators and suppliers.

Andres, for his part, said that the company’s improved sales means now is the right time to leave.

“With the strides we have made in the U.S. business this is the right time for me to retire,” he said in a statement. “I’m proud of the work we have done to put our customers first and enhance our menu so customers can feel good about eating the food they love at McDonald’s.”

In addition to Andres’ retirement, McDonald’s said that Doug Goare, president of the company’s International Lead Markets, would also take on the role of chief restaurant officer. He’ll oversee many functions managed by Bensen.

Lucy Brady, meanwhile, was named senior vice president of corporate strategy and business development. She will take on the role vacated by Kempczinski overseeing strategy development, planning and innovation to drive growth for the company. Brady had been senior partner and managing director with The Boston Consulting Group.