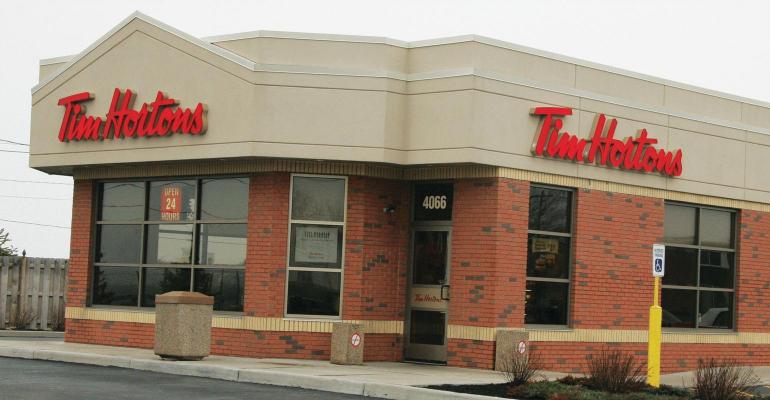 Breakfast sandwich to stay on menus in Ontario and British Columbia

Coffee-and-doughnut chain Tim Hortons is extending the length of its Beyond Meat breakfast sandwich offering in two large Canadian provinces, the chain said.

Tim Hortons, with more than 4,800 units worldwide, the vast majority of which are in Canada, had introduced a Beyond Meat breakfast sandwich to restaurants in Canada in June, followed by a Beyond Burger lunch offering in July. Both were intended as limited-time offers.

“We are always listening to our guests and testing a wide variety of products across the country,” the company said in an email. “Both the Beyond Burger and Beyond Meat breakfast sandwiches were introduced as a limited time offer. We have particularly seen positive reaction to our Beyond Meat offering in Ontario and BC, especially in breakfast, and are proud to offer both alternatives [the regular breakfast sandwich and the vegan option] in those regions. Like any limited time offer, we may explore offering the product again in other provinces at a future date based on ongoing guest feedback.”

According to Canadian census data, Ontario and British Columbia together make up just over half of that country’s population.

Tim Hortons’ sister concept, Burger King, which also is owned by Toronto-based Restaurant Brands International, has entered the plant-based meat segment as well and is currently rolling out the vegan Impossible Whopper at all of its more than 7,200 locations in the United States.

Both concepts are on the cutting edge of vegan offerings at quick-service restaurants. According to menu research firm Datassential, the word “vegan” only appears on 2.8% of menus in that segment, compared to 17.2% in fast-casual, 5.3% in “midscale” or family dining, 3.9% in casual dining and 3.1% in fine dining.

According to consumer research firm The NPD Group, shipments of plant-based protein from broadline distributors to foodservice operators increased by 18% between May 2018 and May 2019. That was on top of a 17% increase in the previous year.