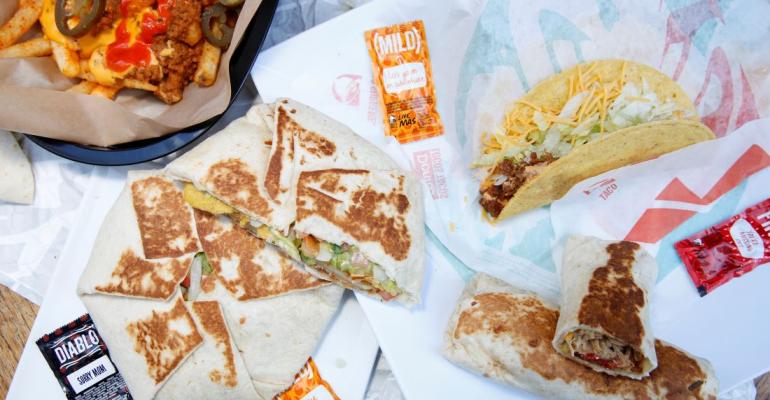 Taco Bell, which has yet to jump on the plant-based protein trend, has developed two meatless menu items for international consumers including a Crunchy Taco filled with “meat” made of pulled oats and legumes.

The meatless plant-based ingredient, which looks and tastes like ground beef, is seasoned with Taco Bell’s proprietary spices. The taco is topped with shredded lettuce, cheese and creamy chipotle sauce. Over the past week, the so-called Oatrageous Taco became a permanent item in Spain after first testing in Finland. It will land on European menus in summer 2020. 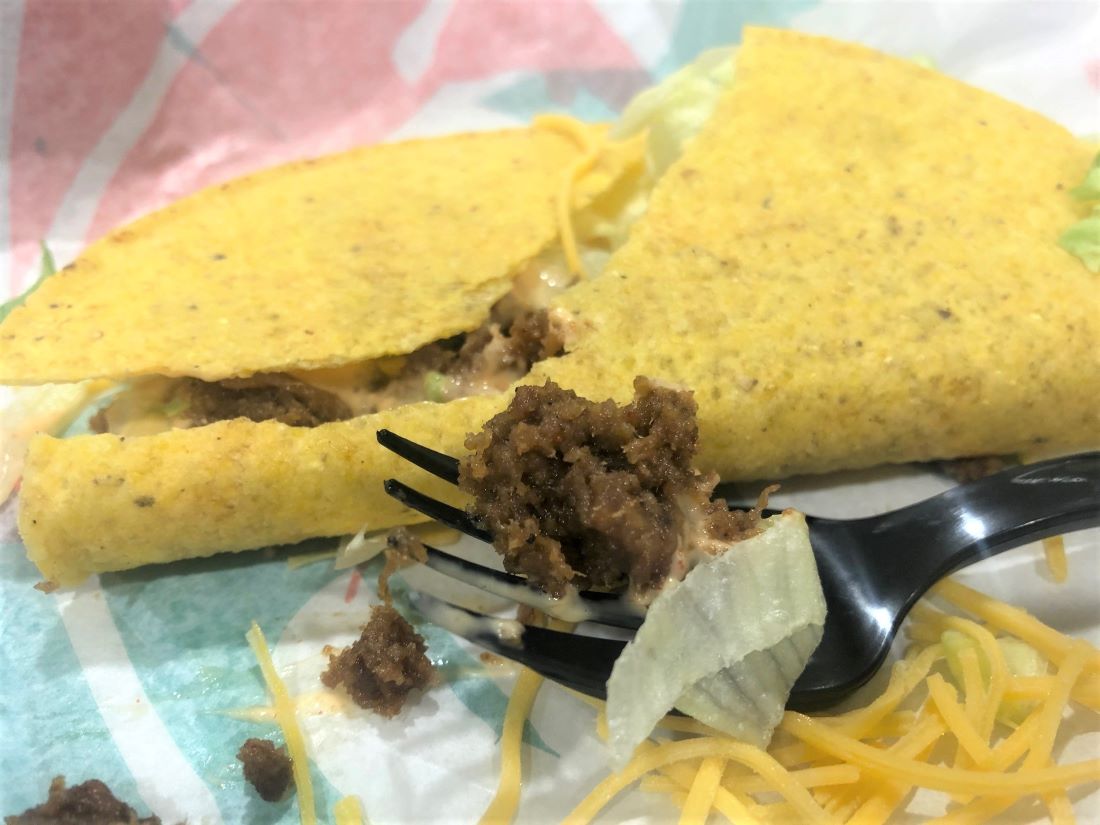 Taco Bell's Oatrageous Taco contains a meatless filling made from oats and legumes.

The “simple clean ingredients” are “going to be something you've never had before at a Taco Bell,” Steven Gomez, the brand’s director of international product development, said during a media tasting held Monday at the chain's Irvine, Calif. headquarters. 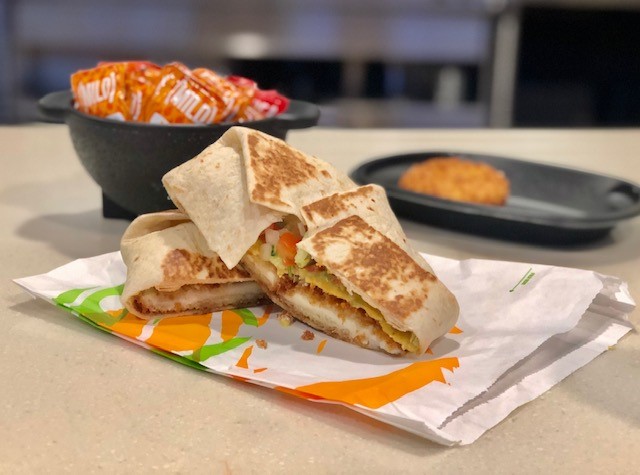 The Halloumi Crunchwrap is stuffed with a fried semi-hard cheese popular in Cyprus.

In Cyprus, Taco Bell is using halloumi, a semi-hard cheese made from sheep’s milk, to create a protein substitute in a Crunchwrap.

The cheese, which has a higher melting point compared to other types of cheese, is breaded and fried.

"It is almost like a fried mozzarella," Gomez said. "The savory salty deliciousness of the cheese works really well with our ingredients."

He said the permanent menu item in Cyprus might make its way to Taco Bell restaurants in Europe as an LTO.

Rather than partner with one of the major plant-based meat suppliers, Taco Bell has stayed true to its brand by developing its own vegetarian menu. Debuting in September, the Taco Bell Vegetarian Favorites menu includes four items: Black Bean Crunchwrap Supreme, a Black Bean Quesarito, a 7-Layer Burrito and a regular bean burrito. The black bean products were developed in-house for the niche menu.

Taco Bell sells 350 million vegetarian items a year. About 9% of all items ordered are either vegetarian or made vegetarian by some type of substitution or removal. The chain has more than 550 international restaurants.