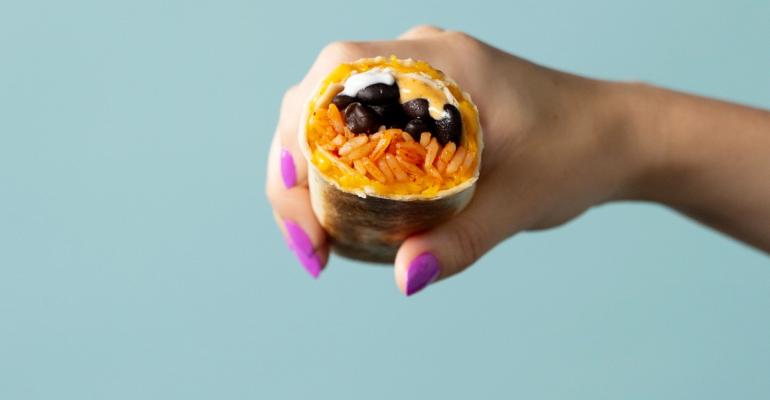 Taco Bell Corp. will launch a dedicated vegetarian section Thursday on menu boards at its more than 7,000 U.S. restaurants, the company has announced.

The Irvine, Calif.-based brand said Tuesday that a 200-unit test, started in April in Dallas, would be expanded nationwide with permanent “Vegetarian Favorites” sections that feature four items, including a new Black Bean Crunchwrap Supreme, a new Black Bean Quesarito (pictured), the 7-Layer Burrito and the regular bean burrito.

The company said those four menu items are among 13 that are certified by the American Vegetarian Association, an advocacy group. The other certified items will be marked with a V in a green diamond and distributed throughout the menu. 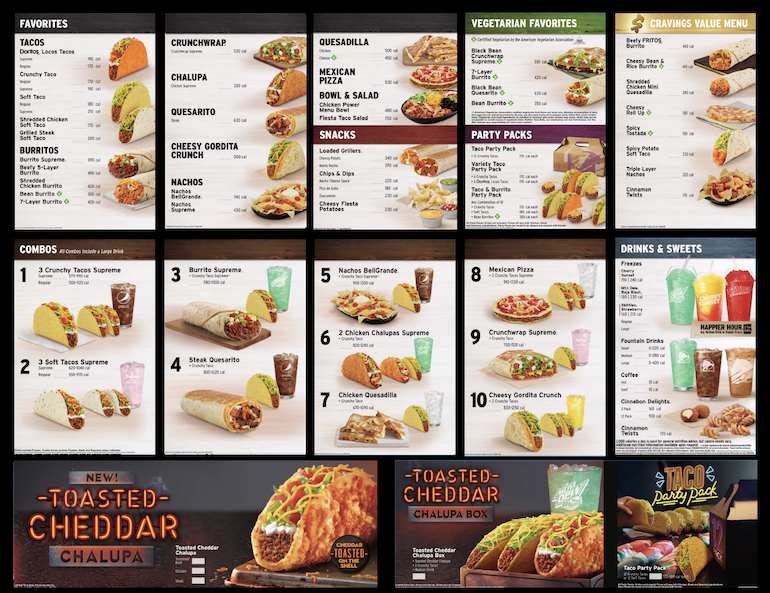 Taco Bell noted that it sells 350 million vegetarian items a year, and about 9% of all items ordered are either vegetarian or made vegetarian by some type of substitution or removal.

In addition, the bean burrito is the second best-selling item on the entire menu across Taco Bell U.S. restaurants, the company said. The crunchy taco is the No. 1 selling item, a spokesperson said.

Taco Bell first acquired American Vegetarian Association certification in 2015 and has 36 certified vegetarian ingredients available in its kitchens. The certification is based on a lacto-ovo diet, allowing for dairy and eggs but not animal byproducts.

Update Sept. 10, 2019: This story has been edited to update the percentage of vegetarian items ordered.